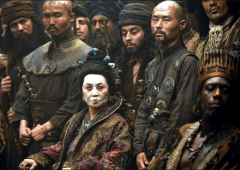 The thing about organizing is, things get even less organized before growing more so. Four news items capture the present drama:

Report says Pittsburgh schools should be the heart of the community, by the P-G’s Eleanor Chute. Sounds like we will be cheering on this new GPS-Pittsburgh in many respects, and fighting them on a couple.

Action United, One Pittsburgh, Pennsylvania Interfaith Impact Network, Pittsburgh Federation of Teachers, SEIU Healthcare PA and Yinzercation are teaming up to comprise GPSPgh — basically that means Labor, Labor, Labor, community friends of Labor, faith-based friends of Labor, and a blog. Sounds like this outfit will be to Labor what the A+ Schools are for the foundations — that is, a counterweight opposed to teacher evaluations and “consolidating” facilities, and in favor of a sharper focus on increasing state funding.

Mayor Peduto puts new focus on Pittsburgh Public School System, by the P-G’s Eleanor Chute. With all of the organizations wrestling over the course of the District,  its (actual) financial challenges, and the District’s central importance to City growth, the Mayor’s role ought to be crucial. But we don’t know what that role that will be yet, and for the time being it’s bound to amount to a lot of talk. It is hinted at that we may once again consider political appointments of some School Board members, a notion which goes against every fiber of the Comet’s democratic being — yet it’s not as though the present system has met with sufficient success. The People and the 4th estate may not have the capacity for direct representative control of two different local governments (until recently we have held grave doubts about its capacity to manage even one).

We do agree with the blogger at PURE Reform who writes that it’s troublesome that the Mayor’s executive tasked with reforming PPS will have his salary partially underwritten by foundations — but since the City is also cash poor, we classify this as “something to keep an eye on and point out as necessary” rather than “something to assail.”

African-American leaders come out in favor of change in Pittsburgh Public Schools teacher evaluations, by the P-G’s Eleanor Chute. Read that. 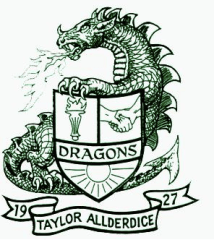 Now, a personal account: I remember when I went to school at Taylor Allderdice in 1989-93, all of my teachers in my CAS or “gifted” classes had some variety of Dead Poets Society / Good Will Hunting enthusiasm and brilliance. Each time I botched a class and got demoted next semester to a PSP or “scholars” class, I’d wind up with a significantly less capable bundle of nerves and / or apathy in front of me. I never botched a PSP class and got further demoted to a “mainstream” class (by the way, yes, we all came out very cognizant of the lifelong mind-warping number this “caste system” did on all of us), but some of my friends did take mainstream classes, and these teachers seemed more often than not to have some level of obvious physiological limitation. Not exaggerating.

If that’s the way things work within one school building, we can only imagine the inequities which African-Americans feel like they are forced to contend in our District-wide school feeder patterns.

Performance measurement, transparency, and accountability: these are never not good in government. Draw whatever conclusions you wish from the data or ignore it entirely, but produce the data and hand it over. Like, or else.

Biggest gap in black kids’ learning: parents, by P-G columnist Tony Norman. This column frustrates us bigtime — and not because he writes anything incorrect. Only courageous truths to be stated from his position. Yet his conclusion frustrates in how it seems to say, “We have a tool presently at our own disposal which might help some, but because a totally changed world would make more of a difference and we have not yet changed the world, let’s leave that tool on the table.” We think Pittsburgh has a desperate need and an obligation to take an “All of the Above” approach.

Finally, though the District’s financial situation appears by every account serious, we find it a little hard to believe PPS is going to “run out of money” in two years. Maybe they mean a return to deficit spending, a need to borrow a bit? That’s less than ideal, but every government needs to float a bond from time to time. That’s the social contract. It’s true we raised taxes a sliver, but less understood is the fact that the increase merely offset the effects of reassessment appeals, so the net budget, or drain on the local economy, did not grow a whit.

Matters are challenging enough; let us not add to civic confusion and resentment by exaggerating crises or engaging in rhetorical eye-gouging. All these parties are going to need to come together. Right now that means fostering trust with square, great-faith discourse.