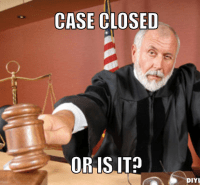 An epilogue to this production in the cycle:

Allegheny County Executive Rich Fitzgerald said he and Pittsburgh Mayor Bill Peduto have been quietly trying to broker a plan to salvage the debt-ridden August Wilson Center for African American Arts and expect to make an announcement within the next few days. (Trib, Debra Erdley)

We are all agreed the Center still needs a strategic plan, and a center with community confidence. Anything from having to do with public schools to air rights seems up for debate.

RELATED: We should probably be reading more Wilson and building him less, but c’est la vie. Then again, why fight it?

UPDATED REFLECTIONS: The only visual design note in Radio Golf was a Tiger Woods poster. That’s not nothing. Also there was a solid menu note if the financial sustainability package includes food service. We have refined our preliminary exterior design notes for any new vertical construction thusly: “Brightly painted and well-crafted old home, artfully run down, with Play-salient art pieces adorning it baroquely, as well as a metal fire escape somewhat conjuring a treehouse atmosphere.”

More importantly: the insistent message of the actual play — the culmination of the entire Pittsburgh or Century cycle — seemed to be:

Conduct your business ethically. Yes, you know what that means already. Yes that can be hard, unfair to you personally, or seem unimportant compared to the great important things you are working on. But there is just no other way besides knowingly living as a total crook. And wherever that puts you, that puts you. (And depending upon what the viewer imagines happens next after the curtain falls, that might not be such a bad prospect.)

We do not feel comfortable describing why Radio Golf was so named. It has to do with the idea that when one works for and then experiences success, it becomes easy to convince oneself that one knows a lot more about achievement than one actually does. It can actually make one a bit dumber about it.

There must be considerably more to the whole Pittsburgh / Century cycle than that, but we have yet to read the preceding nine plays.

NEWS UPDATE: AG Kane and the board recommend a certain new conservator.