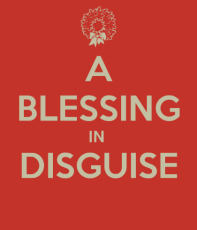 40 million dollars from the federal government, to enhance transportation infrastructure.

Another $10 million provided by a venture capital firm’s philanthropy — the carrot tied to the wagon of “high tech” innovations.

Pittsburgh, from a field of 78 applicants, had made it to the final round of 7 — the celebrated seven! We were competing against the likes of Portland, Austin, San Francisco, Denver… all the most shining cities upon hills.

The Comet applauds local officials for answering the nation’s call to begin planning and preparing cities for a likely future economy. But can you imagine what would have happened if Columbus, Ohio didn’t steal the grand prize, with its greater matching fund commitments and crisp pitch?

We all know Pittsburgh Mayor Bill Peduto is aggressive in laying down the bike lanes. And we know he’s convinced of technology’s promise. 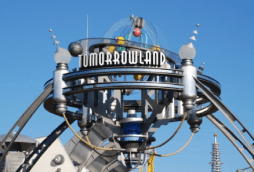 With City Council, his Planning Commission and the URA on his side, the Mayor’s only impediment to embedding that technocratic enthusiasm on our ancient streetscape is our budget. Pittsburgh narrowly averted a calamity in 2010, and has been adhering to a strict pensions payment schedule ever since. With a sudden burst of scores of millions earmarked exclusively for high tech upgrades — and the ability for that money to snowball, the political mandate and “third party validation” it all confers — Pittsburgh would have become a madhouse on a speeding toboggan.

Four Mile Run and Panther Hollow would have rioted, for starters. The pressure to exploit the greenway and several street corners for Jetsons-age vehicles would have been intense. The low property values, corner bar scene and relative seclusion of southern Greenfield would have been imminently imperiled. The Parks Conservancy, renown for its treehouses, would not have been able to handle the ensuing recoil.

In nearby Hazelwood, foundation-backed Almono’s redevelopment play including Uber’s test track would have exerted exponentially faster growth pressures. Further along in Uptown, the resurrection of the BRT economic development plan would again stir waves of consternation among public transit activists. 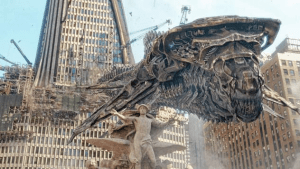 In fact, Pittsburgh is just a blue collar town. If robots and the Internet of Things economy were seen so conspicuously to be arriving, and yet still no “New Deal” with the tax-exempt “Eds & meds” industries to help finance basic, pressing public obligations, it would provoke a cynical backlash. The innovating class can appear as an economic closed loop sometimes.

Lest we forget, the mayor is up for reelection next year — so these controversies would have been amplified to circus barking. If a mainstay like Michael Lamb or Chelsa Wagner did not pick up this gauntlet, some Democratic Socialist might have started airing old videos of Peduto’s appearance on CBS’s “Undercover Boss” — only now seen in another publicity stunt, consuming the city in a parasitic distraction by serving as someone else’s beta trial, or lab rats.

Placing first in the federal Smart Cities rodeo would have sparked a dry, fibrous political tinderbox. Most folks kept this quiet, because Pittsburgh likes to win — and winning this would have led to waves of exciting, high-profile, profitable fights to stage thereafter. Marvelous slugfests! Yet those Marvel flicks tend to feature a lot of collateral destruction.

Surely it is a blessing Pittsburgh will get to pursue the future more deliberately and soberly. Early adopters have to deal with lots of buggy equipment, anyhow.