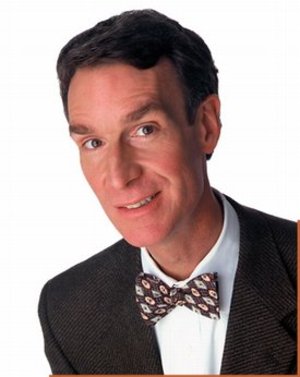 The initial round of news stories regarding Councilwoman Smith’s initiative to regulate the city’s adult entertainment industry isn’t at all awful, especially considering the complex narrative and the legal trade-offs involved in the proposal.

What is being overlooked thus far — and maybe this is partially our fault — is any meaningful consideration of the “secondary effects” which accompany poorly regulated or unregulated sexually oriented businesses. So here are some resources.

Secondary Effects Research is run by a group of university social scientists and criminologists. There is more than a tiny bit to read, but basically you will find one theme: we are contending with statistically significant increases in certain kinds of crime, and decreases in property values. Another good resource has been compiled by the Community Defense Council.

Why should such a correlation exist? Adult businesses, so the theory goes, attract patrons from a very wide area, predominantly male, prone to vice overtures, with lots of money in their pockets, who are frequently ill-inclined to report crime incidents for fear of embarrassment of some kind. Ideal targets, basically. Now add to this the social effects of promoting the type of business which promotes lap dances or couch dances, from subcontracted and off-book employees, behind closed doors, in the dark, where anything else might be provided or traded. Basically you are assembling all the ingredients for a regional crime node.

Unfortunately, especially in the cases of some smaller and independent strip clubs, that can make up a big part of the attraction of going into business in the first place.

Residents have objected to this on these grounds for some time. What we are discovering, going back into the Council archives, is that people have rarely gone into Chambers bewailing sin and corruption. Quite the contrary, they have been leery of attracting a “bad element,” and making it that much harder to rehabilitate their business corridors and attract homeowners. It has always been a micro-scale chamber of commerce issue.

Here is one easy to read, peer-reviewed study from Garden Grove to get you all started; here is another, on a slightly different subject matter, from Minneapolis (language on page 14 quite NSFW).

What we can already say about Pittsburgh based on an analysis of five years of local crime data is that we are seeing significantly higher incidences of:

…across the board in the areas surrounding our local adult cabarets, which corresponds perfectly with secondary effects theory.

I hope this long exposition is not presently robbing some reporter out there of enthusiasm for writing about this, as is sometimes known to happen. That would be a shame, because concern over the secondary effects surrounding sexually oriented businesses isn’t just an important part of this story. It’s the entire story.