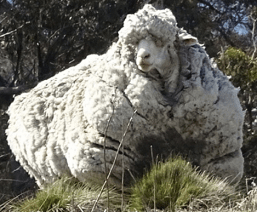 Let’s take care of some issues that have been festering:

Before we dive into such profound topics as architecture and who gets to design it, let me say one thing about Pittsburgh Penguins’ owners alleged interest in selling the hockey franchise and the 28 developable acres:  I don’t trust them.

Why would Mario Lemieux fight so long and ingeniously to become part-owner of huge and pristine tracts of Downtown land, then sell out at the very precipice of becoming a Duke?

Rather, it must be negotiating season once again when it comes to complying with community agreements. Much like his notorious feint towards Kansas City, Lemieux may here want everybody to fixate on the short game (present resale value) when he’s really playing the long game (generational investment).

Should our jaws slacken just because the Penguins hired somebody at Morgan Stanley to do something? “Wow they must be serious, those are some name-brand crooks!” At least the city has a bargaining position of his own.

Meanwhile, the board of the public school district is mulling over how to go about selecting its next superintendent. Recent school board elections have all gone to candidates backed by the teachers’ union, and the workers are eager to seize the means of production. A fine thing, too, because the prior regime was a little too patrician and obtuse to hold it together. How did the elites take control in the first place, I wonder? Was the administration preceding that one too spendthrift and ill-focused? 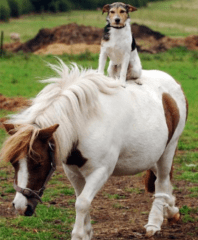 Hard to see how the transitioning school board hopes to be “transparent” and include the community in its selection process. Inviting representatives from varying education groups into its deliberations might be the only way to open things up without spoiling the confidentiality of job applicants. But that probably is not power the Board feels compelled to distribute. It’s likely the Board will just hold a lot of public audiences to hear input on generalities, hold their candidate search close to the vest, and be solely responsible for whatever comes next.

Either way, the Board ought eventually to rustle up a permanent “Advisory Committee” inclusive of different educational perspectives (and political alliances) and try to alchemize them. The city-led Task Force was a nice exploration, but it was too remote. The School Board can direct a more useful conversation.

Police Chief McLay has been on the job one year. Crime is mostly stable, meaning violent crime is still way too high in certain neighborhoods. The Chief is pleading for patience to get newfangled systems into place, but note also that the number of tragic and controversial policing incidents seems to have plummeted. Hard to gauge how much worse things would feel if that record was otherwise.

Brian O’Neill did a great job outlining how the ICA has devolved into absurd intergovernmental energy-suck, which should probably declare victory in Pittsburgh and begin wrapping things up. But this is what happens when you give top Legislative leaders a vague mandate and an obscure office nook.

An audit of the inscrutable ICA may well turn up activity that is “questionable.” But unless “questionable” means “criminal,” Scarnati’s henchmen can turn around and claim Auditor General DePasquale is merely repaying nepotism and playing politics. Rather unfortunate, that. So the argument will get even more shrill, and less productive.

The ICA’s complaint is that it does not trust that the Peduto administration is genuine in its attempts to secure and implement new payroll management software. ICA fact-finders should be granted a tour of City Hall and a seminar to appraise themselves of the difficultly, nuance and reality of that highly complex ongoing effort. Then it should hand over the city’s rightful share of gaming money already.

One of two Commissioners who voted to hire a state Senatorial aid and state Democratic committee person as Director of the agency is now spending that Commission’s precious time complaining over commentary written about her on this blog.

At first I assumed Leah Williams-Duncan must have been offended over being called a “tin-pot political boss”, but it occurs to me she might instead feel a certain way reading that she needs to be “put in her place”. That latter turn of phrase has some badly unfortunate connotations. We wish we had expressed our perplexity over sharp-elbowed Human Relations Commission politics in a more sensitive, self-aware way. 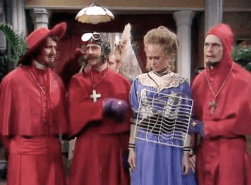 But really, how is this an issue? Williams-Duncan, an attorney, is not acting like she understands that anyone can critique a public official’s performance in any terms they deem fit. She freely put her reputation at risk when she accepted that role. And several Commissioners don’t seem to understand that their colleagues can say just about anything they want about most Commission business, to anyone they please, as well.

It’s a terrible waste of the Commission’s time and energy to insist that people need to be hauled before inquisitors, and all must cower before completely phantom legal threats. My friend and commissioner Helen Gerhardt can be a nudge, a pain and an infuriating idealist, but she is not a spy, a saboteur or a careless person. She is just one kind of grassroots activist. She is there to make sure you are getting your grassroots, good and hard. Love it or hate it, just get on with the people’s business.

The new law is being challenged in court as unconstitutional under the state’s capital-friendly constitution. Its legislative sponsor and the mayor are both defending the law as the “right thing to do,” which might indicate that they’re hoping to win the war with this one, but not the battle.

Attempts like this need to get bigger:  countywide, statewide and national instead of citywide, and part of a raft that includes things like minimum wage hikes and anti-discrimination protection. I’m not sure Pittsburgh as a citadel of progressivism in a vast ocean of contented conservatism scales. If the idea is to shake the trees, then we should shake them all and really hard.

5 thoughts on “City Edition: Shearing the Sheep of State”