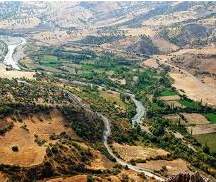 The 16th St. Bridge comes south from the North Side over the Allegheny River and then keeps on going. At the foot of the bridge, Downtown is close to your right and the heart of the Strip District immediately left, but back behind you for a couple of hundred yards is land. And all the way up the river behind the Strip, on the other side of the tracks, to Lawrenceville, land.

If residential development aspiring towards middle-class professionals, millennials and transplants springs up east of 16th St., it might actually work!!

You can’t beat grocery shopping in the Strip, for cheap or for fancy.

You can’t beat the access to Downtown, if you happen to work there.

It’s flat and wide for biking. No huge problem getting up Penn Avenue to Oakland.

It’s near the river, with trails and parks galore.

And as a resource to support what’s going on Downtown and in the Strip, such a feed back-loop of people shopping and recreating would be intense. Heck, even the Valley across the river on the North Side might see some boost.

The real question is, why hasn’t such a thing sprung up years ago?

It’s probably risky. Expensive. Not a sure thing like a casino or a hockey arena. It takes deep pockets, a high tolerance for for risk, and a certain amount of trust.

##
In terms of this development, some public officials are demanding at the outset a large enough buffer zone placed from the river, exacting historic preservation, scrupulous adherence to new storm water management regulations, a minimization of the concessions and incentives necessary to make a deal tempting, a community input process bordering on a co-management arrangement with an Occupy-style General Assembly, and the cessation of moving plans forward until a particular zoning matter involving a railroad easement is fully negotiated.

Governor Tom Corbett — on the other hand — wanted the Cracker plant here. And he got it. And the masses are thrilled to be able to take economic advantage of a geographic blessing.

This is the kind of thing that will haunt me, if we ever don’t have Mayor Luke Ravenstahl to kick around anymore.

Will jobs be created while we’re panicked about gentrification, about winners and losers, about ideology and about politics? Will we grow? Will we bloom? 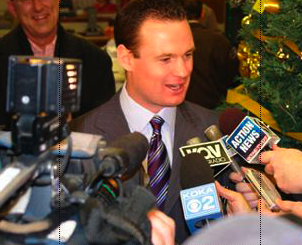 Pittsburgh remains from its heritage a liberal town. Concurrently in the modern age, it has also been a stagnant town. Over the past six or seven years, is word really starting to leak out that Pittsburgh has figured it out? Solved the puzzle or overcome certain obstacles? That something is cajoling our warm, fearful arms wide open to universal energies of macroeconomics and investment?

In the future, class-conscious Pittsburgh might pat itself on the back for organizing many of these new workers and residents. For encouraging their workplace and civil rights, their tenant rights, their rights and needs as urban-dwellers.

But before that gets to happen, it’s possible we may need a steely gatekeeper — fending off slings and arrows, wedging the door wide open with his shoulders and enthusiastically waving the world in as it is. Not as we wish it might be some day.

Making the most of it. Making it work.

32 thoughts on “So Much Growth Potential in Bunchertown”