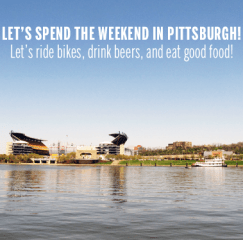 Just a redhead who <3’s to bake

What have we learned after state Democratic party “infighting”?

The blowing-off of steam and debris subsequent to the nomination of Tom Wolf was as brief as it was beneficial. Let us review what we have learned from this jostling for a spiky chair:

Back when the competition was on, the Comet asked the reigning tyrant, State Party Chair and past Allegheny County Party Chair Jim Burn about the stakes. He replied:

The issue for the committee to decide next Saturday is whether the Party picks it’s leadership from the top down or the bottom up and I will support whatever decision they make in that regard. What is most important to me is that the rank and file whom I serve be the ones making the decision on how they want to move forward. (June 14)

Bottom-up, rank and file. The Comet appreciates that argument. It gets a little convoluted however once one remembers we speak of a “rank and file” among elected and organized Party officials AKA “big shots”, or that McGinty was the choice of Wolf, who was elected by rank and file primary voters AKA “heroes” by a wide margin. More convoluted still if we further remember those heroes were influenced by a muscular television campaign AKA “lots of early money”, but here in support of a very appealing message and bio AKA “stuff”.

Once upon a time it was reported that Congressman Mike Doyle and other local officials were going to settle upon a regional consensus candidate to back for Governor, and it was rumored they were making their minds up between Wolf and McGinty. Then all of a sudden one morning here, it seemed like everybody who once affiliated with Jack Wagner or Luke Ravenstahl came out in support of McCord. Then Peduto dropped the bomb and backed Wolf. Then Michael Lamb and the Firefighters backed McCord. Then Wolf solidified his large early lead. Then the 14th WIDC backed McCord, which was a curveball. Then McCord started raining hellfire. 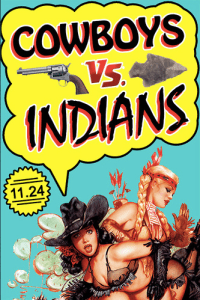 There is an attractively well-proportioned Venn Diagram of overlap between what might be called the “Old Labor Left” and the “Progressive Activist Left” — the SEIU’s, for example, exert some powerful and effective progressive pressures, while progressives in power have been known to adopt established political constituencies.

Yet McGinty and Wolf track further towards the progressive outlook in any sober analysis.

We would never personally say Jim Burn tracks toward Establishmentarianism so much as is drawn instinctively to a Three-Dimensional Centrism within the Party:

Bram
@@@@@
I would like I congratulate Katie on her new position.  She brings a dynamic personality and skill set that will certainly help Tom Wolf as we all move forward.
We in the State Party are happy for Katie and Tom.  We pledge our support and all of our  energy to work with Katie and Tom Wolf to remove Tom Corbett, America’s least popular Governor, from office.
@@@@@@@
(June 19)

See? Best of all possible worlds. Isn’t this just what Obama did, and what Romney did?

The Campaign for a Fresh Start will drive a column its way, and the Democratic Party will drive a column its own way. The Republingtons will be caught in a hammer and anvil maneuver, routed, seized and scattered until 2018 — by which time they will have adapted, though that still spells a net Democratic advantage owing to differences in the terrain and informatics. That’s high ground for you.

MEANWHILE in storm-torn Pittsburgh, Bastion of Liberals and City of Champions, we foresee what is at stake, and we glimpse hints of a signature harmony of purpose despite old fault lines…

Pittsburgh City Council on Tuesday approved a five-year financial plan that includes recommendations to increase the property tax rate to resolve some of the city’s financial woes and borrow $100 million to improve roads, bridges and neglected infrastructure.

Council approved the plan designed by its state-appointed financial overseers, also known as the Act 47 financial recovery coordinators, with a 7-2 vote.

Rev. Ricky Burgess and Daniel Lavelle must have voted for it. Encouraging!

The “recommendations” portion is just that. It sounds like Council agreed to budget targets. Future conversations will determine how we are going to meet them.

Future conversations which include the ICA. (more)

The ICA can do two things easily to Pittsburgh: it can withhold our share of Casino revenue and it can refuse to approve our annual budget.

The ICA can change one way: if Tom Wolf is our next Governor, then the balance of power upon it will switch to more understanding Democrats by early 2015.

If the ICA changes, casino revenue can be forked back over. Hypothetically with interest or investment gains, to boot. 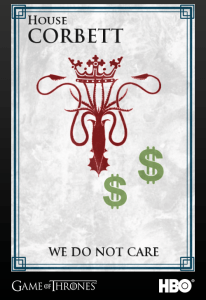 If the ICA changes, then its rejection of our city’s 2015 annual budget however… what happens if a City of the Second Class fails to properly enact a budget exactly on time? Does it get hauled off to City jail? Or can there be “continuing resolutions”? Either way, a great deal of ideologically-inspired pressure will be alleviated from Pittsburgh very quickly in the case of a Corbett loss.

Things will get verbally raucous this autumn, but whatever.

The ICA may not in the end be inclined to introduce very exotic punitive actions against us this year regardless. Sure, it has been a Legislative hobbyhorse in the past, but Tom Corbett gets us, gets this set of facts, acknowledges a common mission. Remember, Tom is at least half Yinzer on his southron side, and you can vote for him because of it if it makes you happy.

That said, Legislative leadership will not be so graceful in relinquishing its fundamentalist designs.

What else? Over the current flashpoint of property tax deficits and revenue streams, the digging continues.

NONE OF THIS SHOULD DISTRACT YOU from the really important activity.

We are invited to share and inquire about what we need out of a #Next Chief of Police in myriad manners.

We are cautioned about the progress of our School District, which will require persistent attention.

We remember the last round of Land Bank wars, and look forward to another.

We are more than alive to the tech innovation train.

The newspaper of record is pouring energy into whiz-bang immigration storytelling.

We are going to provide better and more efficient urban services through reorganizations. Do not overlook that aspect…

BLOGROLL FOOTNOTE:  A welcome to Eat This, Read That, which notes how “our skeevy, belligerent cousin aht east is an assault on the senses.” The emergence of this new hipster daily will facilitate major paradigm shifts that you probably won’t hear much about.