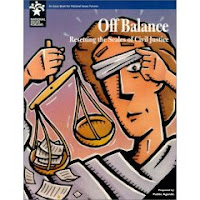 Acting City Solicitor George Specter came forward to defend his handling of the Regan investigation, dispute his presence at previous discussions of McNeilly, and deny a cover-up.

The broad impact is that we the voters are once again treated to long rehashings of the whole affair by both the P-G’s Rich Lord and the Trib’s Jeremy Boren.

There are two currents sweeping the real-worldosphere right now:

1. This all provides ammo for the other mayoral candidates serious ammo machine gun ammo.

2. They’re all crooks. I may not even vote in November.

If you are wagering a dinner at Nakama, or your political career, on the outcome of the May 15th election, current #1 gives you some clear handicapping advice. Current #2 is a push.

The acting City Solicitor’s move can be credibly interpreted as a tack toward current #1. The Comet highly recommends turning up your speakers and surfing over to KDKA’s John Delano, who captures the full emotive impact of Specter’s declarations, with repeated Clintonesque emphasis.

Adding what seems to be new news, Delano zooms in tight on the form demoting McNeilly, which Dennis Regan signed in the space provided for “Public Safety Director.” The Comet would have prefered to lead this post with that image, but lacking that capacity, we went with our third choice.

A current Trib editorial packages this as a “lesson” to the Mayor, and a Sunday P-G editorial implied that the Mayor is not smart. Yet both fall well short of calling it a hanging offense. Given the clinical forbearance Ravenstahl continues to apply, the Comet is puzzled that Regan has not seen fit to emerge from his spider-hole.