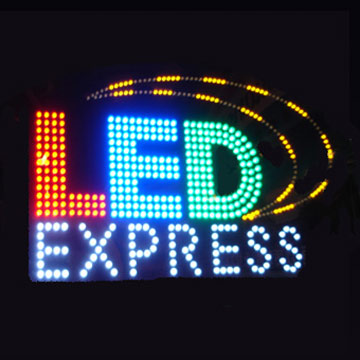 A draft plan by California-based consultant The Active Network, picked by Mayor Luke Ravenstahl’s administration in January 2007, calls for a new network of electronic signs — among other things — to bring millions of dollars to the city. (P-G, Rich Lord)

Our second question is whether The Active Network has done anything else whatsoever for us since this extremely ancient Comet post of almost two whole years ago.

The Active Network started work in January [of ’08]. A month later, news broke that Lamar Advertising got approval for a 1,098-square-foot digital billboard, Downtown.

We’re getting mixed signals from the Decoder Ring on that tidbit.

That approval — granted without public hearings or votes, later revoked, and now the subject of a zoning fight — led to the resignation of Urban Redevelopment Authority Executive Director Pat Ford and calls by some for state or federal investigations.

Nonetheless, the first plank in The Active Network’s plan, floated to officials this month, is signage.

Some city officials are leery of over-saturation, especially in parks.
“If [any] advertising would be involved, it has to be in an area where the public would expect to see it,” said Planning Director Noor Ismail. A logo on a basketball court may be O.K., but a soft drink ad at a playground might not.

I don’t ever expect to see a digital advertising billboard, personally. Every time I see one outside of the Cultural District and promoting something other than cultural events, I am surprised. Surprised and dismayed.

Now, that’s just me, but that brings me to my third and perhaps largest question: what is being suggested sounds vaguely reminiscent of the “6 for 36 Deal” and the Memorandum of Understanding all over again.

We have ordinances. We have a zoning code. We have a process for determining where and under what circumstances … yada yada yada. What is being proposed here precisely? We trust someone will reassure us soon that we’re not going down the rabbit hole again.

Meanwhile, Mayor Ravenstahl was just interviewed on WDUQ in regards to the grand opening of the Grant Street Transportation Center. Apparently, it’s exciting because it’s on a boring street corner where “nothing was ever really going on,” and now the building can be the gateway to the Strip District and be really exciting.

(Maybe you had to be there to see why that’s a little humorous).