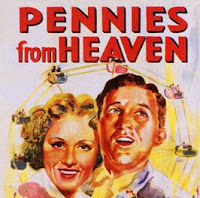 Finance chair Bill Peduto opened discussion of the proposed controversial debt fund by noting that the $45 million had already been transferred from the City’s fund balance to the Controller’s office via “some mechanism or official component”.

Speaking of the forecast in the budget document, Peduto volunteered for us that “this future forecast may change for the year”.

He acknowledged that some are framing the central debate as one of “flexibility vs. reassurance”, but warned that “a budget is a budget” and better suited toward providing candor and clarity than to leaving options on the table, whilst actually writing off obligations indicated elsewhere in said budget.

Darlene Harris and Tonya Payne raised only procedural questions throughout this portion, the latter yielding her time to colleague Jim Motznik. Bruce Kraus was in attendance but silent. What follows is a paraphrased representation of several rounds of discussion.

“There is before us a flawed budget”, Patrick Dowd declared, which contains “an incredible lack of specificity with one of the most important strategic decisions before us.”

Dowd pointed out that he’d been having “quiet conversations” with the administration since “early October” — to defend himself in advance against charges of playing politics. He avowed that he went public only after all other options were completely exhausted.

Of the ICA‘s plan for how this $45 million is to be invested, he said, and turned into $51 million in savings, “those documents are in draft form”. He then pointed out for the public, “none of us have seen them.”

“Ask an accountant”, he implored us, “ask the City’s accountant” whether what is being done is proper or advisable.

In addition, Dowd theorized for us that “if we were to see an agreement with the ICA that extends beyond 2011,” that that would amount to “oversight through a backdoor mechanism.”

Jim Motznik then delivered his address in opposition to all that; he said after seven years on Council he was intimately familiar with political grandstanding, and “that’s exactly what this is.”

Recalling Dowd’s statement during the preliminary vote, Motznik said “Shame on the Mayor? Shame on Councilman Dowd” for playing politics with the city’s budget. He also delivered his line about how based on this budget and its forecasts, Mayor Ravenstahl would be deserving of “a big fat bonus” were he in charge of a private company instead of a city.

Ricky Burgess sounded cautious to the point of nervousness throughout the proceedings. “Working together has to be the flavor — the statement of the day.”

Again and again, Burgess insisted that the implications of that which Council was debating will be addressed as part of the new Act 47 Five-Year Plan, which he was proud to have successfully convinced his colleagues to push forward to a March deadline.

Burgess sounded as though he was claiming to personally have some special influence or credibility with the ICA and with the Act 47 team — and was pleading with the rest of Council to do nothing which would upset the apple cart or sour the delicate negotiations he was trying to orchestrate.

Burgess did offer that as part of the amended Five-Year Plan, he personally wanted to see all gaming revenue placed directly into the pension fund.

Doug Shields declared his intention to vote for the budget, but did so about as grudgingly as possible. He termed the executive decision to transfer the $45 million prior to the vote to be “illegal, bad form, and bad faith.”

“I don’t understand how money can be moved unilaterally,” he said. “I’m not prepared to accept that at all.”

Tangentially on the topic of the administration’s management practices, Shields mentioned a report circulating about the performance of the Bureau of Building Inspection. “It hurts to read that report”.

Nonetheless, Shields said the ICA made it “very clear” that the intent of the fund is to pay off the debt, and “they did choose a defeasement vehicle”. Though complaining that it wasn’t made clear to the Council that that’s what was going on, he had no particular objection to money going toward the debt in lieu of the pensions.

“Because that’s just too big of an apple to take a bite out of,” Shields said of the pensions. On the topic of sharing such information in an orderly fashion before it excites controversy, “Pittsburgh deserves to know where the endgame is on this.”

Dowd, reiterating that his concerns in this case are not those of technicalities and process but rather of the highest order — that of safeguarding the City’s big attempt to confront its pressing financial challenges — moved that a letter received from the ICA be included into the budget itself.

That letter of intent for what is to be done with the $45 million fund, Dowd said, is all that the City has in the way of a game plan, and as such ought to be included as an appendix to the budget, in order to keep everybody focused and honest. Without that incomplete sketch as guidance at least, he said, the mayor and the ICA have no justification for expecting $51 million of debt to be addressed — and for writing it out of the forecasts today.

This motion caused a great deal of confusion, partially because Dowd had apparently written an alternate proposal on another piece of paper. There was much eyebrow-raising and clarifying as to the existence of this other document.

Burgess countered that including some letter into a budget sets an awkward and potentially dangerous precedent. Pretty soon, he said, the Council could be festooning budgets and other documents with all sorts of extraneous materials, confusing legislative intent. Dowd’s motion failed 2-6, with Peduto joining.

At length Peduto weighed in on the budget as a whole, stating that what was transpiring today reminded him of what had transpired with one of Mayor Murphy’s budgets. Back then, Murphy asked that something not entirely sensible or logical by accounting practices should be inserted into the original Act 47 recovery plan. Murphy had plead the Council take a “leap of faith” in him and in the recovery teams.

Nonetheless, the mayor’s budget passed 6-2, with Dowd and Peduto voting no as they did during preliminary votes. Peduto exercised the Finance Chair’s privilege of presenting his own budget forecast to his colleagues and to the city, which he did by way of a PowerPoint presentation. His forecasts showed the city’s police pension fund on a trajectory to run dry in 2011, which city Finance Director Scott Kunka later disputed. In addition, Peduto presented a list of structural changes which should be made to get us out of this situation, including a state-wide restructuring of pension funds and securing the ability to tax hospitals and certain other mega non-profits.

One thought on “The 2009 Budget: Final Action (Conclusion)”