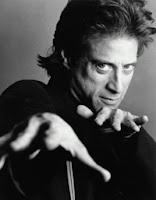 Last Monday, the FCC held a hearing regarding The Future of the Internet on Carnegie Mellon campus.

Congressman Mike Doyle kicked things off by welcoming the five FCC commissioners and the many illustrious geeks selected to testify before them. He advocated for “an open Internet for everyone”, although he, like everyone else, steered just clear of the buzzword Net Neutrality.

Doyle warned us ominously, “Girl Talk could be the fair use dolphins caught in the net of digital piracy so to speak.” How true.

Each commissioner got a turn at speaking, most notable to us being Robert McDowell. He scored applause from the CMU crowd by proclaiming that “engineers should produce engineering solutions, not politicians and bureaucrats.”

It was unclear whether or not the audience was fully aware that this was a pitch in favor of deregulation, and seemingly against any measures to preserve Net Neutrality, but it should have been clear along with his, “In a powerful and market-driven a la carte environment, [communications companies] must be able to pay back investors.”

Local boy done good Mark Cuban professed that Multicast with multiple ISPs is the “Holy Grail” of the net’s future. He mixed it up amusingly with a representative from the Google / YouTube. That dude seemed to us incapable of concealing that his company is growing just a bit overwhelmed with the responsibility of monitoring, regulating and delivering EVERYTHING ON THE INTERNET TO EVERYBODY ALL THE TIME, and that quite possibly other entrepreneurs and the march of time are going to change the equation for them.

All in all, the discussion was technical and so far over our heads we strained our necks trying to keep up. Bill Peduto was in attendance and presumably made it all the way through to the end to offer public commentary. If anyone knows what he said, fill us in.

State Rep Chelsa Wagner and Port Authority director Steve Bland were two of the three panelists, yet they did not attack each other like Spock and Kirk as we were hoping.

What we learned is that we are not to expect any drastic, tangible, or remotely noticeable improvements in public transit any time soon, or even in the future. This is due to funding, which is also a function of the perception that public transit is “social welfare”.

When asked whether anybody in leadership feels mass transit is a high priority and is committed to it, answers all around the panel were a quick and easy “No”, although Bland offered that government fragmentation is partly to the blame, and that consolidated governments in the West seem to do better at this. Wagner argued that more urban legislators need to be encouraged to sit on the transportation committee as she does.

Bland says there is much we can improve simply by “better integrating the resources we already have” and providing a “seamless experience”, which seems to involve better electronic bus schedules, and possibly a card that can be used on buses and in parking garages. Also he recommended more “infill” development within city and county limits instead of continuing to sprawl outward, which may have been code for TRID development.

When discussing resource allocation, nobody mentioned the possibility that the Port Authority could possibly be made more efficient when it comes to things like management, labor, et cetera … but as Wagner told us afterwords, this was to be a positive, up-with-people, Pop City style forum … besides which, Bland she says is really doing an admirable job given the cards he is being dealt.

Can’t decide whether to go see a passion play or a donkey show tomorrow night? Then hie thee over to the Waterfront to check out the one and only MacYapper live, uncensored and unrepentant, to satisfy both cravings at once!

Tomorrow, you can find us (along with a sizable chunk of the blurghosphere) at the Pittsburgh Improv catching John McIntire and Pals performing at Tasteless Comedy Night. Details, blown up very large, are available here.

As you know, McIntire shamelessly (and why not?) rides the coattails of local stand-up ingenue Gabrielle Bonesso. As you may not know, she just finished touring / working with the legendary Richard Lewis. You can read about it extensively on her blog, where you’ll also find what may be a preview of tomorrow’s “totally tasteless” material:

In other news, I cut my rape and abortion joke last night and I didn’t feel as though I violated my ethics. So that’s good. Tonight, I am cutting my nazi pope bit. I don’t feel like it’s right for this venue…Club crowds are little too mainstream for my taste. Instead, I am going to do my bit about white-guilt and werewolves. We’ll see how that goes…

White guilt AND werewolves. That’s our kind of show.