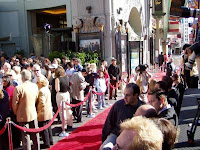 An expectant hush fell over the jam-packed council chamber.

The cameraman cued council president Doug Shields, who obediently gavelled-in the hearing regarding recent promotions in the Police Bureau of officers embroiled in accusations of domestic violence.

15 out of the first 16 speakers spoke out firmly against the promotions. Most represented some kind of salient women’s organization, although a few private citizens offered personal perspectives.

Many advocated a “zero-tolerance policy.” One insisted upon a policy of “one strike and you’re out,” which drew a rare round of mid-commentary applause.

Heather Arnet was the lone exception among those first 16 speakers. She spoke ruefully of the dynamic pitting unions against women’s groups, reminding us of the shared values and history of cooperation between the two. She was encouraged by the prospect of new procedures within the Bureau, and hoped women’s groups would be involved. However, she voiced no opinion as to the fate of the three officers at hand.

The 17th speaker was an attorney, who spoke on behalf of the three accused officers. He reminded us that charges against the officers were never brought, were dropped, or are still pending. The Comet confesses that we thought to ourselves, finally!

We were shocked that none of the previous speakers seemed to challenge, or even acknowledge, the innocent-until-proven-guilty argument that is very real and no small hurdle.

The attorney also said, “Zero-tolerance isn’t an answer, it’s a political slogan,” and the Comet further confesses to have thought, yes!

Next came a school teacher named Billy Hileman, who swayed the heart of the Comet.

He pleaded with us that many women are currently struggling with the decision to come forward against their accusers. He reminded us that women are already likely to believe that the cops will not defend them. Now they will soon pick up a newspaper with an encouraging headline — or a headline that warns them to stay silent and alone.

Hileman insisted that officers who fail to be promoted — even if they are unjustly accused — will remain fundamentally “okay” in their lives. Yet the women who perceive that the police do not take domestic violence seriously, will most certainly not be okay.

This returned the Comet to the only position it ever held with confidence — that this bungled mess should never have happened.

Right after the Trosky promotion became so explosively controversial, how could Mayor Ravenstahl not have asked Chief Harper quite clearly, “These next guys don’t have any similar problems, do they?” How could it not have been top-of-mind?

It is good that the Mayor is taking steps to prevent this in the future — but a lot of damage is already done. Police officers are being dragged through the mud. Women living under duress are losing what confidence they have in the authorities. Unions and women’s groups are in fact making enemies of one another. And it was all totally needless.

Somebody is doing “a heckuva job.”

How to make the best of a bad situation? We believe this Billy Hileman had it down. Reverse all three promotions. Take your lumps with the police, showing that you can. Resolve to start fresh with them tomorrow. Meanwhile, be a hero to the many women who could really use one.

A handful of speakers remained, including a few who spoke out in support of the three officers.

Chuck Hanlon of the police union did so with much grace. He went out of his way to acknowledge his great respect for the work of women’s groups like those present, describing them as partners. He testified to the horror of having to deal with the aftermath of domestic violence as part of their jobs. Yet of course, he testified to the good character of the three accused officers in question, and reminded everybody again that accusations are just accusations.

After the public comments, Councilman Bill Peduto said some fine words about the need to help police cope with the real and somewhat unavoidable psychological results of their considerable occupational stress.

He also thanked the speakers for getting the Mayor to respond to this issue, reminding us that Ravenstahl’s office had initially declined to discuss the matter.

Peduto reiterated that many qualified officers were passed over for these jobs, particularly a Lieutenant Dixon. He asserted plainly that these could only have been politically motivated promotions.

Many council members expressed eagerness to follow-up on these issues with a more inquisitive “post-agenda session”, which will also be televised.

3 thoughts on “The Great Hearing”