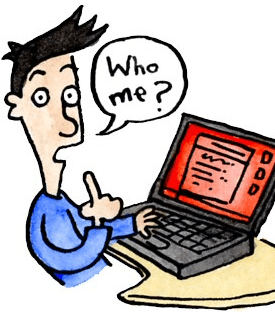 I haven’t been giving much attention to the ITRR security bulletins story, because I don’t know — it’s like, “Of course The Man is spying on you and tracking hippie activists. What episode of Benson are you living in?”

But since the Slag Heap has been all over this like biocides in frackwater, and the furor is mounting higher than we might have expected, I figure I’ll toss in the bit that irritates me:


“When there’s a public gathering, a public meeting, who knows what intent people might have. So it just alerts local officials of the possibility. It alerts them to be on their guard.” (WTAE, Bob Mayo)

That was Gary Tuma, Gov. Ed Rendell’s press secretary, defending the surveillance program to a local reporter on Sept. 9.

Slam cut to an evening press conference on Sept. 13:

“This is ludicrous,” Rendell said. “And I apologize to any of the groups who had this information disseminated about their activities. They have the right to protest.”

Rendell said he was “deeply embarrassed,” and said the fact that the state was paying for such rudimentary information was “stunning.” (AP, Marc Levy, via Wash. Exam.)

The Governor was also “appalled,” making for at least three colorful, high-impact words to illustrate his patriotic empathy. Yet apparently this did not culminate toward his becoming very “wrathful” over the whole thing:

Rendell said James Powers, the director of Pennsylvania’s Office of Homeland Security, which distributed the intelligence bulletins, would not be fired because “there’s shared responsibility here.” (Patriot News, Donald Gillian)

Perhaps he means that variety of shared responsibility which can lead to lawsuits after any dismissals, during which the injured party presents e-mails and memorandum from the Governor which read things like, “Yeah, baby. The spying program sounds good to me. Let’s do this thing, but for gosh sakes keep it quiet.” Perhaps?

Personally I’m not calling for anybody to get fired. Mistakes get made as well as stupid or silly decisions. But this whole “Gosh, I’m such a great and innocent guy who was ill-served by my staff” routine isn’t quite taking.

One thought on “The Insecurity Bulletins: Embarrassing, Check.”