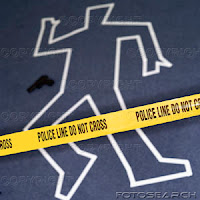 1. When was the tax credit condition of UPMC’s gift to the scholarship struck, and why does the Mayor think it’s a good idea?

2. Why was it not mentioned on Dec 5th, when the gift was announced?

3. Why are we rushing this through Council at the end of the year, and on 24 hours notice?

4. Why is nobody from the administration present to answer any of these questions?

These are the questions Doug Shields kept asking, and they are good ones.

In the event that State Act 55 is ever amended, UPMC may be made to pay property taxes like any other profitable corporation.

The Pittsburgh Promise is presently UPMC’s way of supporting the commonweal, despite the fact that it does not pay taxes. If it does somehow wind up paying taxes in the future, UPMC would suddenly be on the hook for both payments.

However, UPMC has been doggedly insistent that the Promise is no “payment in lieu of taxes.” This is a gift out borne from their own generosity — generosity for which they would like to be credited — generosity compelled by a desire not to become taxpayers.

Obviously, this is all about providing UPMC political cover for when it decides to revoke the “gift” upon any amendment to Act 55. It would need no excuse, but is interested in using one anyway.

Ravenstahl would also like political cover for when we find ourselves with an ambitious new government commitment, yet with no especially generous corporate sponsors to rely upon.

This line of rationalization did not sit well with Darlene Harris.

She objected plainly and softly, “When I give to charity, I give from my heart.”

Harris kept saying she doesn’t understand how UPMC says it is protecting itself from “paying twice.” UPMC is free to make a donation to charity, but taxes owed to a city are different entirely.

By this point, Bill Peduto had gotten up and was pacing around the back of the room. He was clearly too disgusted already with the UPMC rep for playing word games and responding churlishly, and he was probably content to keep this from turning into another Peduto vs. Ravenstahl thing.

Tonya Payne, speaking boldly in the voice of somebody saying something bold, said there were many questions that still needed answers — so she moved to table the issue for one week.

By this point, two or three versions of a petition calling for a Public Hearing were circulating around the room. Shields said that out of courtesy to those citizens being made to scurry for signatures at 24 hours notice, Council itself should just order a public hearing. They did so unanimously.

Ravenstahl chief of staff Yarone Zober was on hand in council chambers immediately before the meeting.

He was just outside, answering questions of the Trib’s Jeremy Boren, immediately afterword.

Besides which, the Mayor’s entire office is on that floor of that building.

Discussion Question: Is this justifiable?

2 thoughts on “The Mysteries of Pittsburgh Promise”