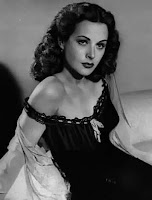 Mr. Kraus: Who do you report to in the administration, I guess is what I’m asking? Who gives you direction? Who’s your direct supervisor?

Ms. Ismail: It would be Pat Ford.

Mr. Kraus: Pat Ford would be your direct supervisor.

Bruce Kraus paused as though he did not expect to actually hear it.

But Pat Ford is not a City employee?

Mr. Kraus: He is the director of the URA?

Mr. Kraus: Do you know who was giving the planning department direction at the time the LED sign negotiations were taking place?

Ms. Ismail: I was not involved in the discussion.

Mr. Kraus: Ms. Tymoczko, I’m going to ask you some question about your chain of command as well. Do you answer to the mayor’s staff directly?

Ms. Tymoczko: Well, I believe the zoning administrator does answer to the mayor.

Ms. Tymoczko: Yes, I would agree.

Mr. Kraus: Do you find that to be unusual?

The Comet is not convinced that it is somehow illegal or impossible for a Mayor to appoint a figure like this — a close confidant who is highly involved in at least three city authorities — to a position of strategic command over the long-term agenda of city departments like City Planning. That may be a kosher practice.

Yet to do so while cutting the actual department head so far out of the loop it seems like she is not even allowed to know about certain things — that reveals a lack of confidence in Ms. Ismail (for one thing). Certainly in comparison to Ms. Tymoczko.

Mr. Kraus: In 2004 there was a negative recommendation from the planning commission for similar signage at the same location. Are you familiar with that decision?

Mr. Kraus: I have it here somewhere. This comes from the Department of City Planning, and it says, “A review of the Grant Street Transportation Center.” It’s from the Design Review Committee…

There is all kinds of confusion over what the review ought to mean to anybody.

Mr. Kraus: Knowing the normal process and that there was a previous negative recommendation from the planning department, why as the zoning administrator did you agree to approve the sign without going through the proper process?

And even had I been aware of that, I don’t believe it would have — it would not have changed my interpretation.

Even if she knew that specific history, she would not have changed her opinion about the “minor” nature of the alterations being proposed.

Tymoczko felt inclined to allow Lamar to put the sign up. Since the rules about making “minor” changes were vague, and she had an ostensible reason for disregarding the applicable case history, she felt empowered to approve the sign permit all by herself, without any public hearings or public votes.

The Mayor was acting through his agents to institute a strategic, long-term agenda to find ways to put up new advertising signs in the City of Pittsburgh — both to demonstrate that we are “open for business” and to display some “cool new technology” — and to enforce the basis of a Memorandum of Understanding between Lamar Advertising and someone involved with the City of Pittsburgh.

Mr. Kraus: We are stewards of the public purse, and I never take that lightly, and I am afraid that this will possibly then go to the courts to hear, and I would have liked to have seen something like that been avoided at the cost of the taxpayer had we just been a little bit more prudent in laying the foundation for this. I find it to be highly irresponsible on someone’s part that a legal opinion was not sought before permits were issued and licenses were signed.

Mr. Motznik: If you guys would just let Pat come to the table.

Reverend Burgess: Mr. Motznik, we are going to follow this form. I do hear you. I understand your interest, and I understand that you perhaps–

Mr. Motznik: Is there actually a councilmember who didn’t want Pat to come to the table at its first round?

Reverend Burgess: At this time — yes, at this time, yes.

Reverend Burgess: We will talk about it during the break. Right now Mr. Kraus has the floor. Let him finish his line of questions. You are out of order. I’m sorry.

Mr. Kraus: I’m also increasingly concerned about the amount of time always being questioned that we spend at this table. This is the job we do. We are charged to represent the people of the City of Pittsburgh. I don’t find it difficult to spend time to do the job in which I was elected to do.

Mr. Motznik: But we have someone who can answer you question sitting in the audience. You are wasting our time. He can answer your questions. Bring him to the table! [This was real yelling.]

Reverend Burgess: Gentlemen, point of order. This process may be — this process was decided upon to try to eliminate any [pauses, makes disgusted face] adversarial activity. What I would like to do is Mr. Kraus will finish, then Mr. Dowd.

So when Bruce Kraus objected that the Law Department ought to have been consulted at some earlier point, Jim Motznik erupted to suggest that Pat Ford can explain why that was not necessary or desirable.