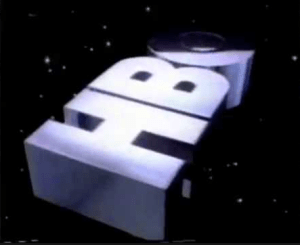 Home Box Office, or HBO as they like to be called, makes fantastic television.

The Brink was wonderful, Silicon Valley got better and better, and Ballers was exactly what it wanted to be at the outset, although that turned out to be disappointing. And I don’t even have to tell you about Game of Thrones and Last Week Tonight.

Quality source material helps make for good television. August Wilson is sometimes considered one of the greatest playwrights of the 20th century.

It is remarkable how cable television has conditioned us to expect new content in ten-episode seasons, and here Wilson provides a tidy package of ten plays about a timely topic:  race in America, and the ongoing struggle to heal certain wounds.

All of which suggests that this HBO series is probably going to earn a lot of attention and acclaim.

Which is great, as not a lot of mainstream energy has been invested in classical theater for a minute. Denzel Washington shouldn’t have a problem interesting high quality actors, artists and technicians  in this project — though his toughest job might be making the right selections.

Rob Owen’s story at the P-G contains this line, as of this morning:

An HBO publicist said the company cannot confirm it is making the films. (P-G)

Do you suppose by breaking the news at a university Q&A, Washington is making sure HBO actually pulls the trigger? How could they pass? This is going to be touchstone conversation. 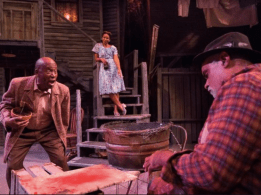 August Wilson’s work is challenging. His characters are passionate. Sometimes they get angry. Racism is one recurring topic. It’s a matter of interpretation, I suppose, whether some of his plays qualify as “tragedies” in the Shakespearian sense.

Wilson does not approach George R. R. Martin levels of mayhem, violence and moral bleakness, but things occasionally get upsetting. I don’t feel like a lot of people know that.

The dialogue can also be quite sexy. Hasty little seductions that are so forward, they’ll make you blush.

I hope the episodes air in “chronological” order, from the play which takes place in 1904 to that which takes place in 1997. And I hope about a million idiots come here looking to check out 1839 Wylie Ave., which is an empty hilly green lot overlooking the Zone of Disputations that is not, for some reason, technically identified as 1839.

As far as I can tell, nobody in Pittsburgh is yet taking credit for this, which means nobody in Pittsburgh probably had any idea about it. It is called “the Pittsburgh cycle”, which means anyone attached would be wise to brave our local tunnel traffic a few times to do some research. But it’s also known as “the Century cycle,” and more or less served as Anycity, USA — or at least any city that aspires towards Gotham.

In any event, this show stands a chance of being culturally seismic.