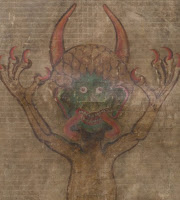 There is another blog out there.

Not so much a blog, but a bulletin board with a discussion thread entitled “New Arena Discussion.”

It started up on March 5, 2007; several weeks before Rendell, Onorato and Ravenstahl inked their deal with the Penguins.

I truly do not understand why this cannot be ironed out. The politicians need to quit talking out of their behinds and get something done.

Fat Eddie is a moron. I wouldn’t even trade Haley Barbour for him.

I say we RIOT RENDELL’S OFFICE!

Back to the Pens: Clearly Ed Rendell cares nothing for the west half of the state, and the local politicans around here need to figure out how to get this arena deal done without much held or leadership from him—because if they don’t, they will lose their jobs.

Yep. And in 2010, we can make up for an idiotic mistake. I’ll be part of that group of voters that send the idiotic Democrat(Rendell) out of office.

Sounds like these guys really, really wanted the state, county and city to give the Penguins everything they want. Ah, sports fans.

Dan Onorato is rumored to be interested in running for Governor when Tubby Tuba’s term is up and Ravenstahl is now in a heated mayoral race with Peduto – this will not bode well for their future in PA politics, as there are Pens fans across the state. I just fired off an email to our Lt. Governor, Catherine Baker Knoll, whom I worked for over 11 years.

A more in-depth story on the arena negotiations from today’s PG, which sheds more light on the situation. A “table-pounding” outburst from Fat Eddie? Confrontational negotiations from public officials? More evidence that the state and Rendell don’t care about Pittsburgh or the Penguins.

This is going to get interesting.

It continued like this through the roller coaster public and private negotiations. One might learn a lot about the Pens deal from this thread, but we’ll pick it up when the deal is struck on page 13:

Bob Pompeani just reported on KDKA TV News that a deal has been reached between state and local officials and the Penguins! WOOOOOO HOOOOOO!!!!

I never lost the faith that a deal would get done. I didn’t believe for one minute that Mario wanted to take the Pens away from us – he played hardball and more power to him!

A New Arena benefits Pittsburgh greatly. Everybody wins. Except for Kansas City…Lol.
-New Shiny Arena for concerts
-Penguins are saved
-Those crappy houses in uptown will likely be torn down.
-Opens the way for businesses and new housing projects to open along side our New Arena (I hope). Just like Heinz and PNC revived the North Side.
-Luke and Dan save their jobs
-Rendell becomes less of a Philly fathead
-NHL keeps a team in a great hockey market with a rabid fanbase who care deeply about their team.
-The ownership makes a killing. Just watch them rake in the profits.

Thanks for the breakdown. That’s actually quite accurate, except for their definition of “everybody.”

Luke just won the election for mayor. They might as well not even hold the election because it would be a hige waste of taxpayer money.

That is very clever and ironic.

Okay, so hockey is saved in Pittsburgh! All’s well that ends well! Good day to be a sports fan! Thing is, they keep following the intricacies of development — for months upon months.

For example, in response to some criticism that slots money was being used to fund the new arena in addition to property tax relief:

Oh for God’s sake, quit whining people! We’re still more than likely going to get property tax relief from the money we get from the slots parlor here. Do they actually think every single dime the city, county and state makes is going toward the arena? What about all of the money that the new arena itself is going to bring in? Dunderheads!

Well, it is entirely debatable whether or not sports teams and stadiums generate net revenue for a municipality. But um, the Penguins are staying! Why is this getting to them?

This is a key section. The following excerpt was reproduced in this Steelers Fever Forums thread from a Post-Gazette article about Onorato meeting with the community:

Neighborhood leaders complained late last year that the Penguins and Isle of Capri Inc., the team’s partner in a failed attempt to win a slots casino license to fund a new arena, didn’t involve them in possible development plans.

The thread responds to this news bite:

I shall take the Fifth here. That is all.

Ditto. You know where I stand on this issue.

Yeah – like not building anything in that area worth a hill of beans because it will be defaced and destroyed by some of the same residents (and/or their offspring) who are doing all of the BAM-BAM’ing. I say – Mr. Onorato – put up that wall!

MR. ONORATO. PUT UP THAT WALL! Priceless. Now from Page 22:

The new arena is going to bring some growing pains. I see. Pain is the price of progress. But it’ll be worth it.

Possibly, I think I said something about this a few posts back, but I guess we’ll wait and see. Either way I almost threw a party when I heard about the contracts, lol.

Speaking of new arenas… How about them devils with the new newark arena. what a magnificent architecural structure. I hope the pens get the same designer.

Later on (page 30), in reaction to a P-G article about the Pens and ICON Venue Group and HOK Sport:

Sounds like a pretty reputtable group to do the construction.

You see where this is going. The same people who were demanding public money and public land from the state, county and city at the top of the thread — “whatever it takes” to keep the Penguins in town (and line their own pockets) — are now demanding that the neighborhood have zero influence over the shape of this development in their midst.

I just simply laugh and shake my head at them. It’s not like I will be giving anybody in that area my business when I go up there for games. My buddies and I will continue to drive down there, watch the game and leave the area for a bite to eat directly after the game.

You put yourself in this situation you *******s. NOT THE PENGUINS! You could have joined us in supporting IOC during our first pitch for an arena, but no, you had to go whine your asses off to the Gaming Control Board leaving ALL OF US who are Penguins fans pissed off.

As I’m sure you understand, Eric- these people don’t know how to get anything other than by forceful means (and playing the race card, of course).

They um … they just want their city to restore their street grid, and would also like some development assistance from through URA to seize on this opportunity just like any other Pittsburgh neighborhood.

Speaking of money, when these guys’ free money from the state looked like it could get held up for a moment in state budget negotiations, everybody got distracted and flew into a panic (Page 35).

I swear to God, they had all better get their f’ing asses in gear and get this bill passed ASAf’nP, so that the arena can be built. It’s already been delayed due to several project impact studies and the design process – there cannot be any more lengthy delays because of government dick-waving. The money’s there – GIVE IT UP, HARRISBURG!

I can’t wait for when we move into the new arena and I have to wait 25 minutes in line to get a beer and a dog because we don’t have the most capable people doing the job, but the one’s who were simply given the job. I don’t spend the money on season tickets in section B to miss half a period of hockey during each home game.

Yeah right! The majority of the people there are not paying the taxes they should be paying to begin with and the majority of the same people complaining are already getting their tax dollars worth of money from the goverment. It comes from my paycheck and is delivered once a month to their front door. Once again, all it boils down to in my book is “Bitch, bitch, bitch, give me, give me, give me, we are owed, we are owed, we are owed.”. Nothing but a cheap shake down for handouts.

Screw them. They want the City and the Pens to pay for their revitalization so they can graffiti it all up and destroy it in a year or two? How about getting a J-O-B and spending some of your “hard earned cash” revitalizing your own damned neighborhood instead of spending it on Wild Irish Rose and crack?

We posted a link to this Steelers Fever Forum thread in the comments section of this Comet post on January 10, 2008.

The thread went dead for four days. It took them an additional two days to start posting scintillating commentary again.

They probably want a grocery store/market just so their wonderful residents can shoplift the hell out of it. Or maybe they’re just lazy to travel to other parts of the town to shop.

And so it goes…

Doesn’t the city realize that by giving in to their “demands”, a precedent is now being set for residents in other areas of the city to make demands because of the One Hill coalition getting their hineys kissed? If the Pens raise ticket prices again next season, I’ll be the first in line B & M’ing. I’ll be damned if one damned dime of my money is going to go to those bloodsuckers.

Now we know how the Penguins are being kept on the reservation.

That one is scary because it might be true.
##

The Penguins should ask the One Hill Coalition to go inside the building and pull it down by hand. Kill two birds with one stone for the city, the Penguins and the people who actually work for what they get in life.

Hey, they said they wanted jobs with no questions asked!!!

Why thank you. I’m just bowing to the ‘demands‘ of those who are owed so much in life from me, my friends and my family. Afterall, it is our fault the Hill is in the condition it is in today. Who do you think supplies the crack up there? Yep, your looking at him yo. I think it’s only fair that I give back in a positive manner, like basically giving them my check book.

Your money? Your friends and family? Your checkbook?

This is where we have a misunderstanding. It is our money and land. That is why we have boards, commissions, authorities and a City Council that is in control of the decision making.

Our money and land. OURS. To invest however we choose.

If any executive of government led you to believe you are entitled to unfettered access to this whole pot of cash — if they led you to believe we require your services around the new arena in any way you want, geared only to maximize the size of your contracts — you have been grievously misinformed.