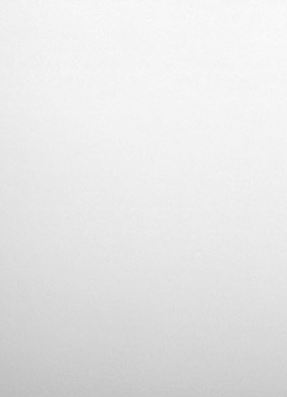 City Council will be discussing proposed changes to City ethics legislation at a post-agenda session this coming Monday, March 30 at 10:00 AM. A public hearing is then set next week for Monday, April 6th at 1:30.

Not that much time to get up to speed. The Pittsburgh Comet’s last significant post on ethics reform is available HERE; those are still more or less our thoughts.

The history of Pittsburgh ethics is interesting — when Mayor Luke Ravenstahl accepted the request of Board Chair Patrice Hughes to appear publicly before the Ethics Board on August 21, 2007, it was the first significant activity of City ethics infrastructure in the City’s history. It was also the last.

Following that hearing, there was a stated consensus that the city’s Code of Conduct would need to be improved or tightened, and that doing so was important. There also seemed to be a sense that the City’s existent Code of Conduct had been ignored for too long for anybody to take entirely seriously. The matter was eventually taken up by a “working group” involving some members of the Council and the City Law Department.

After 19 months of research and consultations, the resultant proposal appears to my eye at least to be best described as a relaxing of our Code of Conduct, with particular respect to the issue of “tickets” as a protected class of gift. However, the whole of Council has yet to apply its legislative elbow-grease to it.

As City Council President, Doug Shields deserves the credit for committing the Council to these two public discussions. To do so in such close proximity to a conversation about campaign finance reform is both bold and I think sensible.

After these are held, the Council will have the opportunity to amend the proposal before them and to pass something. However, they will be under no particular obligation ever to do so. What will occur over the next two Mondays are required steps along a legislative process, but they do not in themselves guarantee completion of that process. So we still have a shot of getting into the Guinness Book of World Records for lengthiest municipal ethics deliberations.

Speaking of ethics (not!), Bob Mayo fills us in on the next round in the billboard battle.

It the Lamar brief, attorney Sam Kamin argues that “this is not an appeal from the issuance or denial” of the sign permit”, but instead “”the action requested of the zoning board was the revocation of Lamar’s Sign Permit”. The Lamar brief cites past court cases to argue that the zoning board’s tie vote constitutes a refusal to revoke the sign permit, not a refusal to approve the electronic billboard. Lamar also argues that the split vote means the status quo should be maintained — and it considers the status quo to be that the sign and its permit remain. (Busman’s Holiday)

In the immediate aftermath of the Zoning Board’s decision to reject Lamar’s applications for the variances and special exceptions they did not have to suffer through during their original run, we asked Patrick Dowd, who protested that original permit, whether Lamar was likely to appeal the ruling. He said that would be like “two kids who killed their parents, and then went before a judge pleading that they’re orphans.”

Like Lamar’s Kamin, Lucas argues that a tie vote of a governmental body constitutes a negative decision and preserves the status quo. Where do they part company? They differ over what exactly the status quo is in this case. Implicitly, the city is arguing that the status quo is that there is no permit for the electronic billboard. It also argues that the Mitinger opinion (against Lamar) is the one that controls the court’s review. (ibid)

Curious. I wonder if the City is trying its very best here. I hope someone is present to represent those who actually have been protesting the sign permit. The City, as it were, is brand new to that position.

On behalf of the city, Lucas opposes Lamar’s wish to reopen the record to include public statements by a senior planner with the city’s Planning Department about earlier informal city agreements about replacing non-conforming signs. Lucas writes “the only thing that requiring the testimony of Mr. Sentz would open is the proverbial ‘can of worms’. (ibid)

No time at present to delve into the continuing stooooory of municipal bond-swap deals turning all maggoty. Pittsburgh’s situation and Patrick Dowd himself are mentioned in this new Bloomberg article (h/t NullSpace), and once again the Butler Area School District and other Pennsylvania entities are mentioned along with Greg Zapalla of RRZ Public Markets in this previous Blooomberg article (h/t Pgh Comet).

We know it’s not easy to be that closely associated with AIG right now, but pretty soon I don’t think it’s going to be pleasant to be seen as an enabler of J.P. Morgan’s worst proclivities either. Or at least it shouldn’t be.