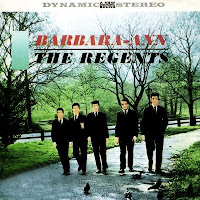 The Zappala family is best known as a legal and judicial powerhouse encompassing a former Pennsylvania Supreme Court Justice, the current Allegheny County District Attorney and a present candidate for judge on the Court of Common Pleas.

Its also encompasses family members who deal in sweeping business interests — not only in Pittsburgh, but sprawling ventures impacting the breadth of the Commonwealth which can best be described as controversial.

One of those business endeavors has just set off a tripwire on the contentious City of Pittsburgh political landscape. Others continue to be alarming.

First let us make some distinctions.

One business and lobbying-oriented family member is Charles Zappala, brother to Supreme Court justice Stephen Zappala, Sr. Charles Zappala, for example, was tapped to be a 9% investor in the would-be Harrahs casino project in Station Square, care of Forest City Enterprises. An occasional business partner, Squirrel Hill insurance broker turned political player and financier William Lieberman, also was accorded a prospective 9% stake. The casino license went to Don Barden and the Majestic Star on the North Shore after former mayor Tom Murphy floated suspicions that “the fix was in” for Harrah’s.

##
Patrick Dowd started it. An as-yet unidentified Channel 11 News reporter made it happen.

Mark Ratuerkus & Running Mates provides the video. I don’t know if WPXI carried it on-air, or if any of the other news outlets attending the press conference utilized it.

WPXI: Alright. Who’s doing the bond deal, who did the deal?

Dowd: The folks who were associated with that: Merrill Lynch and JPMorgan. Go back and look at the names of the people that pitched the deal to the city.

Dowd: I believe the Zappalas and Mossie Murphy were people — two people among others who were associated with that deal. Greg Zappala, Mossie Murphy, others. (video) 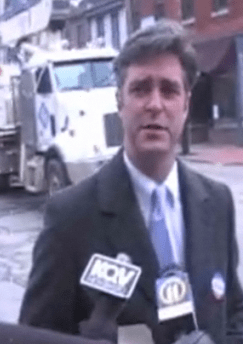 
WPXI: Are you suggesting that something was wrong with the deal?

Dowd: I think people need to take a look at it. We need to look in to that. I’ve called for an audit, I hope we get a chance to review it. I think we need to think about who did that deal and why it was done… but most importantly, my number one concern and I’ve said this before, repeatedly, going forward. How are we going to solve the problem of that bond deal. It’s going to end up costing taxpayers more and more money. (ibid)

The known, potential and likely effects of the deal have been previously covered.

Pittsburgh is only one among many places in the Commonwealth of Pennsylvania in which public officials are feeling duped and taken advantage of by RRZ and by JPMorgan — together.

Greg Zappala, the son of former Pennsylvania Supreme Court Chief Justice Stephen Zappala and the brother of the Allegheny County district attorney, brought his local government clients to the Wall Street bank. Along with them, according to two lawsuits, came windfall profits on derivative deals.

Zappala urged the Butler Area School District, in the countryside 40 miles (64 kilometers) north of Pittsburgh, to take cash out of bonds that couldn’t be refinanced until 2008. (Bloomberg, Selway and Braun)

The article goes on and on and on. To give you an idea, starting at this point, the ensuing sections are headlined as follows: Bank Got More, Inappropriate Transactions, ‘They Assured Me’, Conflict of Interest, ‘I Can’t Quantify That’, $5.4 Billion in Swaps, $100 Million More (that one deals with Jefferson County, Alabama), ‘We Were Boxed’, and ‘Overwhelming Greed‘.

JPMorgan, which, like other banks, balances the swaps by selling similar derivative deals on the open market, took a fee of $1.23 million, according to data compiled by Bloomberg. That’s almost 10 times the fair rate, according to a lawsuit filed by the (Erie) school district against JPMorgan and its adviser in federal court.

There had been no court-filed responses as of mid- October. DiCarlo, Zappala and IMAGE didn’t return requests for comment. (ibid)

Two well-placed sources who wish to remain anonymous further confirm to the Comet that RRZ was more generally pushing these bond deals aggressively all over the Commonwealth. 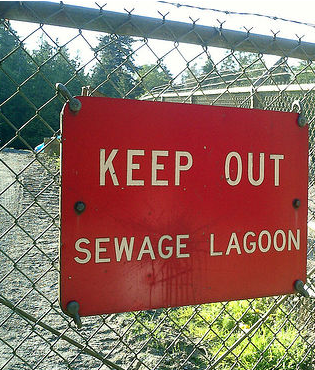 More about that RRZ outfit.

The residents in the neighborhood did not know what was being built at Front and Thurlow streets, and the sign that read Delaware County Resource Recovery Facility gave no real indication of what the facility actually was. They had no idea how enormous the facility would be, or how much it would affect their daily lives. By 1991 the construction of the incinerator was complete. In a feeble attempt to win over the residents, Westinghouse provided free hot dogs, sodas, and balloons at the grand opening celebration.

The towering furnace across the street was an imposing sight for the residents of Front, Thurlow, Booth, 2nd, and 3rd streets and Highland Avenue. As the 300+ trash trucks per day began rumbling down their neighborhood streets on their way into and out of the Westinghouse site, the residents of the west-end of Chester started to feel the full impact of their new unwanted neighbor: the truck traffic from LCA Leasing and Abbonizio was increased many times over, the trash odors began competing with DelCora’s sewage odors as the worst in the neighborhood. (EJNet, Russell)

Many other subsidiaries of the interconnected RRZ waste management empire were opening up operations nearby.

On December 18, 1992, all of the City Council members except for the mayor sent a letter to the governor and to the DER asking them to expedite the permitting of Thermal Pure. Holding no public hearing, the DER granted Thermal Pure a permit. State law instructs the DER to hold a public hearing as part of the permitting process when the permit is controversial or there is known public opposition. By not holding a public hearing, DER was saying that there was no known public opposition to Thermal-Pure, in spite of the 500+ signatures they had in opposition to BioMed.

In 1993, Thermal Pure Systems was permitted to sterilize 4 to 5 times the amount of infectious waste produced in the entire state of Pennsylvania — 288 tons per day. Under state law, any incinerator or other disposer of medical waste can only take in 70% of the waste produced in that section of the state. This law suggests that Thermal Pure should only be able to process about 29 tons per day, or 10% of their permitted capacity. CRCQL sued the state on the basis of that claim, and the Commonwealth Court of Pennsylvania ruled in their favor. Thermal Pure was ordered to shut down because their permit was deemed invalid. (ibid)

Not coincidentally, one of the State Supreme Court Justices is named Stephen Zappala, brother of the partner in Russell, Rea, and Zappala. While Justice Zappala recused himself from the case, he clearly exercised his influence by convincing the court to use the outdated King’s Bench statute.

While the Thermal Pure battle was underway, CRCQL had found out that Soil Remediations Services, a contaminated soil burning plant, was seeking a permit to operate behind Thermal Pure. SRS, the next in a seemingly endless line of waste industries trying to site in Chester, received immediate and intense opposition from the a now more organized CRCQL. Petitions, protests, and testimony at public hearing combined to send a clear message to SRS and DEP that the community did not want another polluter. In a strange twist of fate, the residents were able to convince all five members of City Council to oppose the permitting of SRS. (ibid)

A strange twist of fate indeed. Funny how those work.

The story continues. The community of Chester and Delaware County is obviously desperate to defend itself, and well-enough organized to do so. 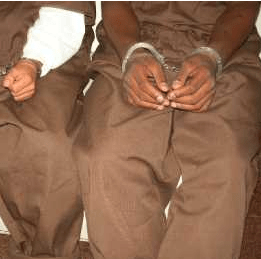 Finally, there is the matter of these juvenile detention facilities.

Judges Ciavarella and Conahan each could face prison terms of up to seven and three months, according to the terms of plea agreements they signed last week.

So it is a crime to accept kickbacks, but paying them out is tolerable?

Meanwhile, the state Supreme Court has agreed to review all juvenile cases adjudicated in Luzerne County during in the last five years.

That’s good news to parents such as Susan Mishanski, whose 17-year-old son was sentenced by Judge Ciavarella last year to 90 days in a juvenile facility in Carbon County.

She said the punishment was excessive and that it traumatized her son, a first-time offender who was expecting community service or a fine for punishing another boy last year. Instead, he was taken from the courtroom in shackles and brought to Camp Adams, where he was beaten by other teenagers, forced to wear ripped clothes four sizes too big and permitted visitors only twice a month for an hour, she said.

“He was humiliated and he was scared,” said Ms. Mishanski of Luzerne County. “I’m absolutely thrilled now that [these judges] got caught.” (ibid)

Judge Ciavarella and a co-conspirator, former Luzerne County Senior Judge Michael T. Conahan, agreed in their plea deal to serve a little more than 7 years in prison and to be disbarred. (P-G, Tracie Mauriello 2)

Elsewhere in that article:

Dan Fee, a spokesman for Greg Zappala, said Mr. Zappala had no knowledge of the payments to the judges. Mr. Zappala has not been accused of any wrongdoing and is not a target of the investigation, according to a source close to the federal probe.

Attorneys for Mr. Zappala’s former partner in the centers, Hazleton attorney Robert Powell, have said Mr. Powell made payments to the Luzerne judges. But they also called Mr. Powell a victim of extortion, and said he ultimately reported the shakedown to authorities. (ibid)

Again, these are the folks that sold Pittsburgh’s Water Authority a bill of goods. I suppose they’ll be deserving of a bailout.

Some of this material has recently been discussed on an electornic bulletin board hosted by the Meadville Tribune. Here is how one reader put it:


But the vulgar silence on this issue is revolting. Have we become so self absorbed that we cannot see how those with influence continue to profit from our sheeple mentality, realizing that their crimes will go unpunished because either no one is paying attention, or the masses have become so accustomed to this type of behavior that even a horrific crime like this against children does not cause them to so much as raise an eyebrow let alone ask questions? If we don’t challenge this type of abuse of power, then we deserve everything they do to us! (Meadville Tribune commenter)

Remember that Charles Zappala is a business partner of William Lieberman. Lieberman is the former chairman of the Intergovernmental Coooperation Authority (ICA), and has been the primary backer of its longtime Executive Director, Henry Sciortino.

Although I conducted primary interview research during my examination of Mr. Sciortino, I did not reach out to Mr. Zappala (nor to any Zappala, nor a Lieberman) for this blog post. The way I figure it, Greg Zapalla already turned down Bloomberg on this topic, and I wasn’t in the mood for frustration. An expanse of information exists, and time is decidedly a factor. 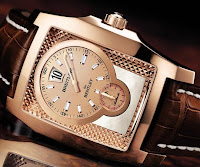 We have the time.

There is much folklore about “the political machine”, and certainly the Democratic party committee — county and state — is in one sense the machine, along with the elected officials they sponsor. Yet members of these parts of the machine by and large are not the machine operators — not whom it ultimately serves.

The political superstructure actually accrues to the benefit of surprisingly few individuals — lobbyists, financiers, industry leaders and power brokers — roughly a third of which, by some estimates, may be Zappalas.

Lieberman is one example of another prominent figure in this much-discussed constellation of influence. He has the noteworthy and unfortunate distinction of having been a significant fundraiser for convicted State Sen. Vincent Fumo, among others. Among political wags, other local names discussed occasionally as stars unto themselves include John Verbanac and Ed Grattan.