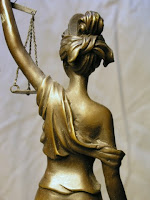 Drink tax opponent Friends Against Counterproductive Taxation criticized it as an attempt to confuse voters. FACT needs to collect 23,000 valid signatures by Tuesday to have a competing question placed on the ballot that asks voters to slash the tax from 10 percent to 0.5 percent. (Trib, Justin Vellucci)

It wasn’t bad enough the tax was sold as a measure to “save” public transit; now we are being informed there are only two (2) ways to generate or save money in this universe.

We appreciate Democrats as much as the next Pittsburgher. More so, probably. So please discontinue these acts which brand Democrats as the party of awkward stunts, political cowardice and patronizing manipulation.

We hate to phrase it like this, but for the good of the party we will Brenda Frazier the lot of you. (Except Jim Ellenbogen. You’re cool on this one.)

Ramming this onto the ballot by a 10-5 council vote was not just cynical and offensive; it was illegal. The county home rule charter clearly reserves such referendums to voters. And the referendum itself violates the charter because it is a two-subject question. (Trib, Edit Board)

With any luck, the county law department will save from us the hassle of all this. If it does not, the Comet will advocate for voting YES on both referendums, so as to crash the system.

Pittsburgh Councilman Ricky Burgess was the sole voice of dissent in the 8-1 vote in favor of historic status. He said the building qualifies as a church and shouldn’t have the historic designation forced upon it. (Trib, Jeremy Boren)

We have a very strong feeling that Burgess was correct in that this is more about shunning the downtrodden than it is about historic preservation (and we certainly do not fear the discussion — it is healthy to expose such ugliness periodically, and even if it is not the entire story.) Nonetheless, we agree with Bill Peduto’s contention that we must treat preservation cases as they come — opportunistic developers are always claiming that historic preservation is a “pretext” for something else. We must be consistent.

We do not doubt Tonya Payne and Darlene Harris when they accuse the Salvation Army of being uncooperative and “sticking a finger in the eye” of the community groups. The issue, however, is that if the Salvation Army has special rights as a place of worship, it has special rights. People and institutions always retain every right to be uncooperative, curmudgeonly and unneighborly, so long as they conduct themselves within the law.

Any neighborhood group may be considered selfless, earnest and invaluable — just as easily as it might be considered insular, self-serving and thuggish. It’s all in the eye of the beholder. The City is no gated community in which inhabitants must surrender their preferences to some ephemeral political superstructure.

We agree with Patrick Dowd that there may be a lack of clarity in the law when it comes to what defines a church. In light of this, we are surprised that the progressives on Council, himself in particular (as he is ruefully aware) are suddenly erring on the side of confidence in the Solicitor.

We are concerned that Doug Shields felt compelled to kindly recommend to the Salvation Army that it turn to the court system for redress. We are aware that the Historic Review Commission and the rest of our planning apparatus dropped the ball at previous junctures, but that itself does not excuse council of the possibility of inuring complicity. If it turns out the city is in fact violating the Salvation Army’s constitutional rights, this could get extremely expensive!

We agree with Peduto that justice is blind, but we disagree with his contention that Council must blind itself to all matters except the historic merit of the building. That is the role of the Historic Review Commission. It is obvious the Council’s role, as architectural novices, political generalists and final arbiters, is to take a less narrow appraisal of the consequences of these determinations. If churches enjoy certain immunities, and this is demonstrably a church, justice for preservationists must be blind to that.

So is Mr. Burgess in the right? Who knows? He has assembled a compelling-looking case on paper on behalf of the Salvation Army, but not an immediately clear and compelling one. Only time and litigation will tell.

One thing is certain. It is heartening to learn that the Reverend has come ’round to the realization that sometimes circumstances are grave enough to justify involving oneself in planning decisions that fall outside one’s own council district.

2 thoughts on “Thursday: Justice is Hot”