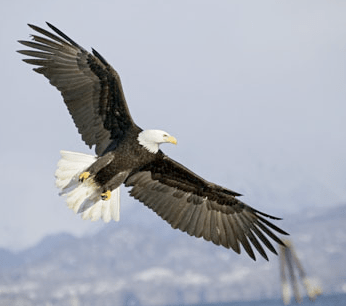 The question of the moment: did Bill Peduto go SOARING over his short-lived shark with this one?

Peduto said he would introduce legislation next week to create a nine-member citizen-led panel to monitor how the city spends its anticipated $80 million in stimulus money. (Trib, Jeremy Boren)


You have a new, complicated Federal program, already loaded with oversight, that a City Councilperson wants to laden with more bureaucracy and oversight.

That sounds like a good use of time. (ADB)

In another project, the URA is requesting $4.2 to build an amphitheater and other amenities in South Side Riverfront Park near South Side Works, Peduto said. (Tribid)

Okay I’m convinced. That’s not public infrastructure — that’s stimulating private development of exactly the type that we are are already conspicuously overstimulating.

I put the oversight panel into the category of a genuinely useful idea, but will it make it through the present Council?

My magic 8-Ball says, “The math isn’t there — at least not to sustain a veto.” And there would be a veto. 2009 is not to be the Age of the Overrides and Oversight.

##
Act 47 coordinator Dean Kaplan himself threw some cold water on the necessity of the city’s Tax Crusade.

That lends a little credence to my own interpretation of the smoke signals that the Busman has been sending: that the nominal support appearing for these new taxes in the new Act 47 Recovery Plan may amount only to political cover enabling our own City’s leaders to say, “We tried everything we could” to prevent raising our own more conventional taxes.

[Sen. Sean] Logan [D-Plum] said the city must demonstrate it has shed as much fat from its budget as possible before it can make a compelling case for additional tax money. (ibid)

Surely, the City can throw together some showy semblance of a Responsibility Crusade to pair with our Tax Crusade and help the medicine go down, right? We eagerly await for that other shoe to drop.

##
Meanwhile, the Water Authority sticks its finger in the dike.

Pittsburgh Water and Sewer Authority officials inked deals yesterday that their financial adviser said amount to “buying time” while they repair a $414 million boatload of debt that was swamped by the global credit crisis.

Following a meeting of the authority board, Chairman Don Walko and Executive Director Michael Kenney signed papers that will extend guarantees on different parts of the debt package for 30 days, 120 days or one year, upping costs by around $1 million to $2 million over a year. (P-G, Rich Lord)

Some questions left unaddressed are: even if the global economy permanently improves and we can thereby technically afford to remain in the bond deal, does that make it an “okay” deal, is it in fact the same deal that was originally represented to us, and would we be significantly better off if we extricated ourselves from the complex deal and into a simpler, more conventional one?


Pittsburgh Councilman Patrick Dowd, a board member who has been a critic of the debt deal, said yesterday that the authority is “seeing today the manifestation of some of those risks” it incurred when it entered into the package a year ago. (ibid)

Although Dowd sent some advance tweets snarking over his imminent attendance at the surprise PWSA meeting, he did not call a press conference or release a formal statement afterword. Whether that signals his approval of yesterday’s specific maneuvers, a political calculation or combat fatigue is not known.

“We’ve got the bar on board,” Capt. Schiller said yesterday as we rode the three rivers. “Most people should be just fine. I don’t know. We’ll find out.” (P-G, Brian O’Neill)

Clarification on what you mean by “bar on board”, please. Because $8 for an all-night pass would be an acceptable cover charge to get hammered and pretend I’m on Jabba’s Sail Barge all night long.

6 thoughts on “Thursday: Let the Eagle Soar. It Looks Complicated. *”