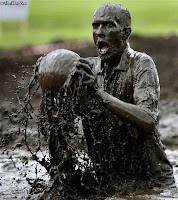 “I will be sitting down to provide [Ms. Buchanan] with information I have been made aware of,” Mr. Shields said, adding that he did not have a date for the meeting. (P-G, Rich Lord)

That’s great, but a watched pot never boils. The Comet is hereby rendering any chatter about pending investigations to be effectively inoperative.

The legislation by Councilman Bruce Kraus would have given City Council a vote on all new electronic billboards, and was sent in March to the Planning Department for a required planning commission review and vote. That vote never occurred, and without commission approval it takes the votes of seven of the nine council members to pass the legislation.

Effectively, city staff vetoed the legislation, said Council President Doug Shields. He accused Mayor Luke Ravenstahl’s administration of “dumping our bill in a drawer somewhere. … There was a deliberate attempt to interfere with a legal process here.”

Planning Director Noor Ismail said the failure to get a planning commission vote on the legislation was “an oversight on our part.” (P-G, Rich Lord)

It’s strange how this administration is constantly going hard to the mat for billboards. Our Mayor has put himself on record on how many occasions professing his great admiration for them? Even when the issue is the legality of a specific application under the code, the conversation always steers back to his grand opinion of outdoor advertising in general.

It’s strange because A) no one in their heart of hearts actually likes billboards that much [we will not argue this point], B) it’s not as though the “vibrancy” argument is so effective that he’s scoring major points with the electorate, C) the outdoor advertising industry is hardly the only industry that contributes significantly to his campaigns; i.e. he could afford to deal them a setback once in a while, and D) it’s not as though he hasn’t taken his hardest hits on this very issue. We even know that E) one of his closest political allies on the URA board has been an outspoken foe of the billboard industry.

Yet ever still, it’s Cheney : Oil :: Ravenstahl : Billboards. Why?

Last week Councilman Ricky Burgess introduced legislation that would give the Zoning Board of Adjustment — rather than council — the job of approving or denying electronic billboard permits.

“To bring [every permit] before council would be an undue burden on both council and the applicants,” he said. There are more than 100 billboard permits on hold due to the moratorium.

We wonder if this is prudent. The ZBA is subject to the mayor exclusively, and under most circumstances is so obscure as to merit very little scrutiny.