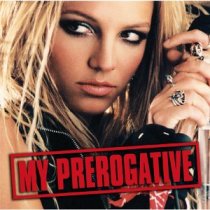 On Downtown transit: “Under the present system, there is less accessibility for people than there would be under a circulator system… if you create a circulator system, you would have every bus within 3-4 blocks of anywhere Downtown.”

On public schools: ““When people who have children, or are thinking about having children, are buying houses, the first question they ask is, ‘How good is the school system?’ “

On police bureau discipline: “In the past, OMI has sometimes seen us as not a partner… That perception will clearly be gone with the new appointment.”

On affordable housing: “I’ve been in housing in this city for 20 years, and I’ve never heard people talk about that.”

On a Land Bank: “Councilmanic prerogative is an unwritten agreement between Philly’s 10 District councilmembers, whereby each representative is afforded total authority over land use and development issues in his or her district, such as zoning changes or the transfer of city-owned properties… getting a land bank created will take more than convincing councilmembers of the tool’s merit. Advocates will also need to make the case that there could be real political fallout for those who do not support a more transparent and predictable system of land transfers. Just as importantly, they will have to articulate a shared vision that this system will work toward.” (GREAT EXAMPLE)

One thought on “Thursday: Priorities & Prerogatives”