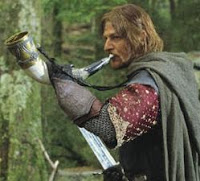 This coming Thursday, August 30, the Pennsylvania Senate Finance Committee will hold a public hearing to “review” Act 55 of 1997, the Purely Public Charities Act.

The hearing will be held in Pittsburgh, in our humble City Council chambers, from 9:00 AM until noon.

Act 55 is the law that allows hospitals, health insurers, and universities to avoid property taxation and other civic responsibilities.

Critics argue that Act 55 must be amended to distinguish these enormously profitable “mega-nonprofits” from religious organizations and genuine charities.

The agenda for the public hearing is as follows:

One would hope that the 9:45 contingent will argue stridently on behalf of overburdened city taxpayers, in favor of common-sense amendments that will shore-up our famously desperate financial condition.

The Comet will have much to say on the subject as the hearing approaches, but right now we trust our readers are already well-enough informed to begin writing letters and making phone calls — not to mention finding sitters and making excuses for Thursday.

However, we would like you to check out this WTAE piece headlined Pittsburgh Talks Taxes With Nonprofit Groups; UPMC Has Big Year.

Does it make any sense that UPMC gets to be represented by a man in a priest’s collar, seated next to a statue of Jesus?

6 thoughts on “THURSDAY: PUBLIC HEARING ON STATE ACT 55 FOR NON-PROFITS AND TAX EXEMPTIONS”