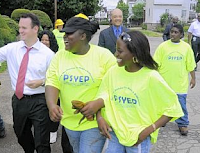 This is another great opportunity to write something pithy and poignant, so as to maybe score another mention in the P-G Casino Journal.

Holdings Gaming Borrower. That has to be the second most sketchy-sounding name for a development company in the whole city.

Penny Folino, owner of Folino’s Ristorante and Tom’s Diner on East Carson Street, called the decision to move “unilateral” and said the future of the South Side business district and a large source of city tax revenue is at stake.

“It’s going to become like the next Hill District. And all the revenue is going to be gone,” she said. (Trib, Jeremy Boren)

Relax — thanks to the drink tax, all those businesses are already headed straight for bankruptcy and ruination. So crime isn’t going to be a problem down there much longer.

Seriously, although this framework of moving police stations to follow crime hot-spots is not encouraging (it smacks of terrorist whack-a-mole), it seems like there are solid reasons to move this police station up the hill. The fact that it was a political no-brainer to anyone casting a nervous eye upon their southern flank is just gravy.

That nine members of Allegheny County Council attempted to ramrod a patently illegal referendum onto November’s ballot is outrageous. (Trib, Edit Board)

The matter today goes back to County Council’s Government Reform Committee. That’s where it should die. And that’s where the council should screw its head back on.

“I think it’s an obvious issue,” said Councilman Patrick Dowd of Highland Park. “I don’t want to be serving on City Council when something horrible happens, like the collapse in Minnesota. I want to know the state of our bridges.” (Trib, Jim Ritchie)

Ah, but what of the condition of the bridges between yourself and your colleagues?

“He’s like the linebacker who stops in the middle of the play to figure out what direction he should be going. You just don’t have time to do that,” Friedman says. “If Patrick doesn’t realize that you have to be prepared to line up on one side or another, he’s going to be the 2008 version of [former city councilman] Dan Cohen.” (C-P, Charlie Deitch)

The analogy about the linebacker is apt. We can’t say much about the analogy with Dan Cohen, because we don’t know anything about Dan Cohen. That itself maybe ought to be troubling to anyone sharing an analogy with him.

But a funny thing happened on the way to Shangri-la. The five-vote majority that reformers longed for has failed to materialize. Early attempts at reform, like efforts to reduce the city’s vehicle fleet and to overhaul the wide-open system of financing local election campaigns, have collapsed.

Point of information: the five-votes materialized exactly as scripted for both of those measures. It was mayoral vetoes that scuttled reform.

And if anything, the bickering around council’s table has gotten more heated. Broadcast on cable, council meetings are more like reality-TV disputes than harmonious discussions intent on moving the city forward.

You want harmony? Join an a capella group. You want to move the city forward? Pick a forward and start moving.

We all know there was an unprintable elephant in the room during every one of those seemingly pointless arguments — that being, whether or not and to what extent the case of the Grant Street Transportation Center ought to have been utilized to expose questionable decision making in the administration. For better or for worse, that issue is not going to return to council, so we needn’t fret over the council’s ability to conduct all kinds of other wondrous progressive city business.

One thought on “Thursday: Summer Employment”