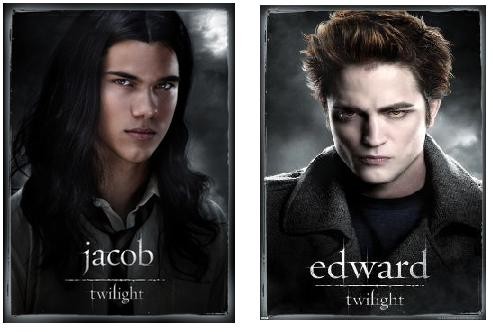 I just love it that the Post-Gazette and the Mayor’s administration are having some kind of lovers’ quarrel.

We all know how touchy Ravenstahl can get when his honor is impugned — and I guess now we can see that the P-G doesn’t appreciate it very much either.

The mayor’s office initially said the bid-opening would be private, prompting the Pittsburgh Post-Gazette to seek a court order Monday to make the proceedings public. Common Pleas Judge Alan Hertzberg denied the request.

The mayor’s office then invited the media to the bid-opening and a news conference that followed but excluded the Post-Gazette.

Mr. Ravenstahl briefly met with Post-Gazette reporters after the news conference to announce the high bid.

He said he has tried to be as open as possible about the lease proposal, and he viewed the newspaper’s legal effort as an attack on his administration’s credibility. (P-G, Joe Smydo)

“Trust but verify,” anyone? Not familiar?

Somehow the P-G still came away with the most interesting information in their story:

The city received three initial bids — $413 million from J.P. Morgan’s group, $391.5 million from EQT’s group and $311 million from a partnership led by the Carlyle Group. (ibid)

SIDEBAR: Seven consortiums went through the rigmarole of “pre-qualifying” to submit bids, yet only three followed through and actually submitted an offer? Seems surprising. The economy didn’t tank during the interim, and nothing untoward happened to Pittsburgh or its automobile enthusiasts. Well, at least we came away with a super high number.

Anyway, back to the subject of stiffing media outlets: one can claim to be “insulted” by a line of questioning, but that often redounds to the effect that it looks like somebody has “something they’d like to hide”. Which itself leads to more insistent, suspicious requests, and the vicious cycle continues — until it ends somehow.

We’ve seen a good illustration of this principle play out recently:

Asked whether he viewed it as appropriate to help advance friends or family while in public office, Mr. Zappala [Sr.] said, “I have no public thoughts on that.” (P-G, Lord N-1)

Charles Zappala declined to be interviewed, saying reporting on a network and its history “makes no sense to me.” He asked for written questions, and the Post-Gazette posed 34 questions about his views on local governance, involvement in businesses that worked for public entities, appointments to public boards, participation in electoral politics, interactions with administrations, and business relationships with other network members. His attorney, Richard A. Sprague of Philadelphia, responded that the questions “go into personal matters” and that Mr. Zappala would not discuss personal matters. (ibid)

Neither Mr. Grattan nor Mr. Viehbeck could be reached for comment. (P-G, Lord N-1a)

Mr. Maxcy, whose business card is taped to Bank Pittsburgh promotional materials still on file at the sheriff’s office, could not be reached for comment. (ibid)

The person who handled such matters, Executive Assistant Michael M. Mullen Jr. — no relation to the current sheriff — has retired and could not be reached for comment. (ibid)

Asked about Mr. Verbanac’s role with his administration, Mr. Ravenstahl said the reporter was “confused, and I’m not going to participate in your pursuit of something that doesn’t exist. I’m insulted by it, to be honest with you. So I’m not going to respond to something like that. And if you want to quote that, feel free to. That’s all I’ve got to say.” (P-G, Lord N-2)

In July of this year, Mr. Verbanac declined to be interviewed for this story, and Mr. Pietragallo’s response did not directly answer three questions about Mr. Verbanac’s relationship with Mr. Ferchill’s companies and involvement in decisions leading to Bridgeside Point II. (ibid)

Mr. Grattan did not respond to 13 questions posed by the Post-Gazette in July, and declined in April to discuss with the newspaper his business and political dealings. (ibid)

Mr. McTish previously made a $10,000 contribution to Mr. Ravenstahl’s campaign in late 2006. He could not be reached for comment. (ibid)

Those contributors reached by the Post-Gazette either said they did not remember why they contributed, or declined comment. (P-G, Lord N-2a)

Charles Zappala declined to be interviewed for this story. (P-G, Lord N-3a)

Visited twice at his home in Rostraver after he did not respond to telephone messages, Mr. [Patrick A.] Risha both times declined to be interviewed. (P-G, Lord & Neiderberger)

The Post-Gazette left telephone messages and twice visited Canova Electrical’s office in an effort to interview owner James Canova, but he could not be reached. (ibid)

Pennsylvania Coach president David Sunstein could not be reached for comment. (ibid)

Among other host committee members was Tammy Rockwell of Ford Business Machines of Connellsville, whose firm last year inked contracts with the West Mifflin Area schools that will bring it $623,460 in office equipment lease payments over five years. She could not be reached for comment. (ibid)

Mr. [Patrick M.] Risha, of Rostraver, could not be reached for comment. (P-G, Rich Lord)

It’s funny that all the folks on the financial and legal ends have seemed very accommodating toward entertaining media inquiries, yet the closer a given subject is to politics and ultimately to government, the more important it seems to be to clam up and even shame the reporter.

Anyway: I agree with what has fast become the conventional wisdom that there was no fire revealed in that last round of reportage, and maybe even that there was no smoke — but the ducking of so many key interviews is making the floorboards feel awfully warm. And when the floorboards are that hot, it suggests it’s not so much time to head back to the fire house and play cards, but rather to take an axe and vent a room.

That is, if you’re that in love with the metaphor. At any rate, I think we should all agree this is no season for swinging axes, and it’d be best for one side to reach out and try to bury the hatchet.