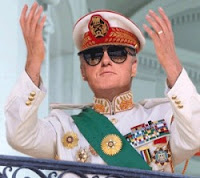 Hi folks! I hope you’ve both enjoyed the holidays immensely, and trust you’re both very well-prepared for your first full terms as council members.

I’m addressing this to you both because according to the recent Rich Lord article, you are the two remaining undecided votes for Council President — the “swing votes” if you will — and I see no reason why I shouldn’t take that at face value, at least for the purposes of this blog post. As you’d expect, I have some heartfelt convictions on the matter that I hope you’ll both find constructive in organizing your own thoughts.

First, let me get something out of the way:

“I have issues with both [declared contestants], to be honest,” Councilwoman Theresa Smith said yesterday. Mr. Burgess seems too close to Mayor Luke Ravenstahl, she said, and Mr. Peduto seems too far away. (P-G, ibid)

Wow! Theresa, it looks as though you’re open to arranging a “surprise” compromise scenario in which Mr. Dowd — whom you complimented effusively last week as terrifically helpful in joining your coalition working with the non-profit community — emerges as President. Frankly, I’m impressed. You two share a lot of the right things in common, and in truth a world with Council President Dowd would be far from a disaster. However, let me put this as plainly as possible:

Let’s continue looking at this decision as what it is:

On its surface a contest between Councilmen Ricky Burgess and William Peduto, it is also an opportunity for council to declare either a more collaborative approach to the mayor’s office or a more independent stance. (P-G, ibid)

You both realize that is fine grist for the pundits and the hoi polloi, but nothing more. Regardless of which one wins the Presidency, the same nine individuals are going to be on the Council, and they’re all going to get to voice the same opinions, at the same volume levels and with the same personality quirks, either way. The math doesn’t change. The arguments won’t change. The degree to which a majority of you pull it together to either cooperate with or collectively resist Mayor Ravenstahl in any given situation won’t change.

Which is not to say the vote doesn’t matter, obviously. I think we can acknowledge what’s really at stake here: with Dan Onorato likely to be moving into the Governor’s mansion this time next year, Luke will be exceptionally well positioned to make a run for County Chief Executive in the ensuing special election. And if he is successful, by rule the Council President then becomes Mayor. I think we all have that scenario in the back of our minds.

And to that point, I can’t really influence you; it’s not like I’m going to change your politics here. I guess I could argue that Mr. Peduto is an eight-year veteran on Council who before that was chief of staff to member Dan Cohen for like five years, so not only has he earned it but he could hit the ground running without missing a beat if need be. Rev. Burgess is finishing his sophomore year in city government with some distinction, but I honestly don’t think there’s a comparison to be made there. We can’t afford to be cavalier about these decisions anymore, there’s a city out there to think about. 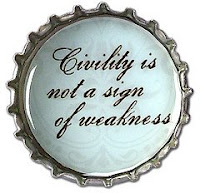 It also leads me to my main argument, and if you’ve been skimming so far (which would be understandable) you’ll want to stop here and read this. The real reason a Council President matters is not how often they agree with the Mayor, but how well they get along with the other members of Council. Or more to the point, how they run a meeting, how they grind through a discussion, how they comport themselves during a good-faith disagreement.

And on this point, I’ve got to say: these past two years at least, Bill Peduto has been composed, contained, civil and fair to everybody on that Council, every day, hands down. I guess I haven’t watched each and every council meeting, so maybe I shouldn’t overstate the case, but man. He takes some abuse from the other side of that table, right into his face, and not at all veiled or circumspect or anything. And through it all he just sits there, gavel relaxed in his hand, with a neutral expression, slightly glazed over but bearing the patience of a saint. And when it’s finally his turn, even during very heated discussion in which he holds a very hot position, he hasn’t been taking chip shots at other members and waging verbal drive-bys on people. I think that gets back to experience — he’s been there, done that, and had it drilled into him that it doesn’t work.

Which brings us again to Mr. Burgess. If I’m on Council, man do I want him as an ally. Smart, eloquent, knows the rules, knows politics — but if I wind up on the opposite side of an issue from him, and he has that gavel in his hand, do I trust how that meeting is going to go? When he has the floor — and Presidents will give themselves the floor an awful lot — is he more likely to engage an argument, or to disparage the fact that someone is trying to even have an argument, shame the folks on the other side, and move on as fast as possible? And is he more likely to increase or decrease the emotionality of an issue? Compared to Peduto? Two years would be an awful long time to be stifled and disparaged, is what I’m thinking.

It all just gets back to seasoning, to experience. Burgess could stand to get rapped gently on the knuckles for the rough spots in his game, give him something to dwell upon until next time. For Bill Peduto, this is his time. He’s been where you are, and next year wherever you are he’ll still have been where you are. I’m not asking you to pledge your allegiance to him, but I am asking you to trust him to run your meetings. I think you’ll be grateful that you did.

Participants in those meetings said that if Mr. Peduto wins, he has pledged to give the high-profile post of finance chair to Mr. Kraus. Mr. Burgess is said to have promised that job to Mr. Dowd. (P-G, ibid)

Wow, if I didn’t know better — and I’m not sure that I do — that sounds like some “blogging” right there boy.

I don’t know if that’s as done a deal as it sounded, but let me give a shout-out: PATRICK DOWD FOR FINANCE CHAIR. That’s your unity-government move right there, you guys might want to suggest it to Bill if you haven’t already. Dowd brings passion and energy to spare, he brings a demonstrated interest in financial minutia, and lord knows he has the desire. I’d honestly love to see what he could do with that gavel, at least on days when the votes don’t count much.

Frankly, if I’m Bill Peduto I don’t know what I’m gaining by pledging Finance Chair to Bruce Kraus. He’s less likely to vote for Burgess than this moldy piece of pizza crust that I need to throw out. Kind of a politically dunderheaded move of Bill if you ask me, but that’s why we love him. Of course, I’m sure Kraus would make a very capable finance chair also — great, now I’m sure he’s going to clobber me next time he sees me, while Darlene holds me in a headlock.

Anyway. Congratulations on your respective victories once again. If you’d like to discuss the political future in greater depth — yours, mine, ours — maybe we should organize a retreat sometime soon, at the Embassy Suites in Murraysville. They have a bar next door that does karaoke, and I have a coupon.

Let me get this straight. Payne, an incumbent with the party endorsement and the Mayor’s support, just lost an election to Lavelle. Now Ravenstahl is promising to ride to the rescue of Whealtley, a state-level incumbent who will have the endorsement, from this challenge by Payne? Danny, let’s say this is true and Jake is really influencing you to do that. Now let’s say this is you once and for all demonstrating your boundaries vis a vis Jake n@, and call it a day.