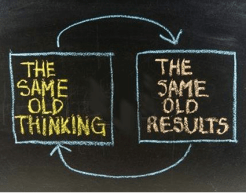 Pittsburgh took the head off of a diverse, blighted but thriving neighborhood near Downtown, and built an arena with a retractable dome, and lots of surface parking lots. Yet despite assurances of follow-up investment, we saw the broader neighborhood descend into deeper disinvestment, isolation, segregation, poverty and breakdown.

50 years later, Pittsburgh demolished the arena. Now thanks to public money it will be the new home of US Steel as well as other businesses and offices, some retail and entertainment, and apartments or condominiums — by and large sold at surging local market rates.

It will be a new planned community catering to the affluent. employing many, and with some vague promises to poor and minority Pittsburghers for future access to the fruits of that opportunity — vague, non-binding, and through yet-to-be-determined processes separate from the one before us at “today’s meeting,” whichever one that happens to be.

If it’s a nexus of anything, it’s the same old business as usual.

What are we transforming?

Call it whatever you want, but it’s Lawrencian:

“We have had, since the days of [legendary Pittsburgh Mayor] Davey Lawrence [1946-1959] a top-down structure for the way that power is in the City of Pittsburgh. It’s a relic of an industrial age. There are a few people Downtown that basically decide what the core priorities of the city are, and then they make sure that the government adheres to them.”

“It’s about engaging people and allowing them more of a say in the process, and, in so doing, empowering them to allow innovative ideas to occur in every neighborhood.” (Candidate Peduto, 90.5 WESA h/t Homewood Nation)

Sure, we have been to these meetings to engage and say. Refugees of the old Mayor Lawrence coalition engage right there with everybody, too. They are very good at it! Is Mayor Bill also engaging in that process, to counterbalance Davey? 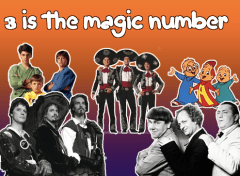 When it comes to responding to the distressed calls to action of those poor and minority communities neighboring titanic Hill District developments, the City leaders have pacified frustration with a succession of at least three (3) toothless and vague agreements, in lieu of yet making anything happen.

Is the third time the charm?

The Community Collaboration and Implementation Plan (CCIP) is at issue now — whether or not its “statement of affirmation” pertaining to enterprise, job and ownership inclusion and other initiatives will be serious.

Prior to that, we had the Greater Hill District Master Plan, an aspirational “vision” document which may have birthed the negotiations of this CCIP.

And prior to that, there was the 2008 Community Benefits Agreement (CBA) nobody even deigns to talk about anymore. It failed to meet targets such as for job and vendor recruitment or for the “Neighborhood Partnership Program” , although it did initiate the Master Plan process.

Non-binding agreements do not tend well for the community, because time is on The Man’s side. And meaningful accords between should have meaningful mechanisms encouraging fulfillment.

In a broader sense, the historical echo harking back to machine politics does not end with flimsy agreements. Take a look at the Planning Commission, a 4-0 vote on an eight-member board, questions about whether that board was unsure of its role and scope… it is patterns like these that are disturbing.

There are several reasons why this is so challenging:

1. PENGUINS POLITICS: While their prospective profit margins are understood to be rather healthy, the Penguins plead that “the numbers have to be made to work” when it comes to making promises. Owners Mario Lemieux and company probably will earn the means to comfortably and responsibly fulfill these modest demands of the CCIP several times over, bringing peace and no tiny amount of prosperity to Pittsburgh’s Hill District — but imagine what their buddies in industry would say. “Sell out,” they’d call him. “Cashing in to be a hero on a pedestal, setting a standard for civic partnership that will squeeze all our bottom-lines collectively, now and forever when they invoke your famous name. Be instead like the robber barons: when you give back, give to charities, be philanthropic. It justifies profit-maximization. When you take any money off your plate dealing with the state, you legitimize liberalism. Why, doesn’t the whole thing stink? Ha ha.”

2. MAYORAL POLITICS: Mayor Peduto last year was elected by a left-leaning coalition of Democratic Progressives with respectable support also from the Black community, but he is burdened by knowledge that it was a unique set of circumstances. He must be worried that if he leans on the scale in favor of CCIP strengthening, people could red-bait him, or make fun of him for “strong arming” and even perhaps embarrass him for “slowing down development,” now on a second occasion, which might draw a furrowed brow equally in South Pittsburgh, at Google and with the President.

3. HILL DISTRICT POLITICS: Newsflash: there have long been some. It is basically the worst kept secret in the Hill District that its mass community expression is dominated by a group, the Hill CDC, which has very close ties in government. That domination has bifurcated the Hill community effort in a series of eras, and includes class overtones. For the record, I believe the Hill CDC and its allies to be fine and well-intended people — it’s just that groups like the BGC, ELDI, the LC  and the WPP are not disinterested freedom-fighters, either. To the extent that a development concern’s stock in trade is bartering community support, it’s difficult for them to forcefully express certain community concerns. The Hill CDC is not without a success story, and most residents seem loathe to challenge its leadership. Which to me, as an outsider, would make perfect sense in the name of unity — except its inclusivity at key discussions is a sensitive subject, and sometimes its leaders’ expressions of upset seem too careful by half.

This is all in front of Pittsburgh City Council right now, through new zoning. Thanks to the tradition known as “councilmanic prerogative,”* home-district Councilman Daniel Lavelle is likely to be deferred to by his colleagues on whether or not to green-light the development. So either the Councilman must provide leadership, or the other man who represents the Hill and signs off on new legislation enabling construction — the Mayor.

“I tell you now, there is nothing wrong with the institutions of this city that cannot be repaired by good faith, fair dealing and hard work,” he said to the sound of applause in the hall. (Mayor Peduto, Day One)

These lax, lazy agreements are not “fair dealing,” nor worth the trouble. If the Mayor doesn’t try to put a thumb on the scale to clarify, test, alter, fix, communicate, provide security… we might have to wonder about hard work or good faith.

Peduto said he would make changes at the URA and would place greater emphasis on community input, not less. He favors “triple bottom-line economics,” which means evaluating development projects based on profitability, how a project benefits people and whether it minimally impacts the environment. (Trib, Jeremy Boren)

The time is right for this breed of pro-growth progressive. In Pittsburgh, for example, the population of young, liberal college-educated residents is growing after decades of decline and investors are taking notice. A hipster-luxe Ace Hotel is under construction, and Google, lured by a growing tech scene, recently opened an office in a 100-year-old Nabisco factory. Development is in the air. The growth, of course, brings excruciating questions that none of Peduto’s peers has yet answered, like how to allow for growth but not displacement, and how to give all residents equal say in the future of their neighborhood. (NC, Jonathan Geeting)

That frankly sounds a little more ominous. Maybe we do need to rely on Councilman Lavelle. Or maybe Chief McLay should be looped in?

Mayor Peduto is not without his claims to transformative progression. It may be out of order to bring it up here, but there is every likelihood that future DPLI Directors will be just as incorruptible as typical DPS Directors, and there is every chance that Mayor Michael Nutter made a panicky and radical change to Philadelphia’s organizational structure to cover for “a lack of staffing and funding as well as poor management” resulting in tragedy. Today’s regime is pretty good at reengineering the ship of state. 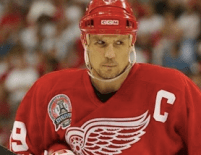 Regarding the Hill District, it’s either the navigation, or the captaincy skills that need an adjustment.

Just as we make our own luck, we get the opportunities for which we fight. Does Peduto fight for poor communities? Or is he mainly a booster for the idea of it?

Where is the creativity, the application of history and leadership when it comes to this Specially Planned District? Can’t find it.

*-TRIVIA: By the way, over-reliance on the “councilmanic prerogative” leads to more parochial, hyperlocal politics while inhibiting class-based, citywide organizing. In my estimation.

31 thoughts on “Transforming What? The Hill District story remains old-school.”