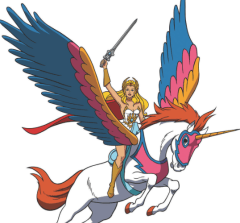 *-UPDATE: With allegations of improper towing and more improper expansion in hours / space for the valet project.

The Tribune Review is alarming everybody:

Mitcham said employees of Tri State Valet Inc. of Green Tree have been erroneously telling drivers that they’re not permitted to park in Market Square without paying to use the service. He said Tri State employees are parking cars in metered spots on the perimeter of Market Square and the upper and lower portions of Forbes Avenue instead of driving them to a designated floor of 200 spaces in the Third Avenue Parking Garage that the Pittsburgh Parking Authority owns.

“We’re working on the issue. The valet company’s employees are not following the rules,” Mitcham said.

The businessman has been a prominent supporter of the mayor. The contract is with the Market Square Merchants Association, but Mayor Luke Ravenstahl started the pilot program through the Parking Authority. I wonder if this puts anyone else in the hot seat as go-between.

Spoiler alert: there’s no smoking gun, and the contract may have been earned fair and square. But of course the City pursued the valet program and the Police authorized the parking variances, and Pittsburgh is a small town.

It may all go away if the valet services improve dramatically, today. The public invested a lot into transforming Market Square and should get every penny and convenience in return.