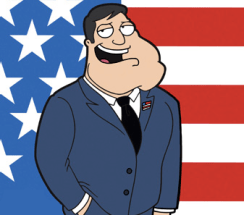 And unless Doug Shields figures out a way to move dead peasant insurance, they’re probably not going to find it.

Councilman Dan Gilman described the Act 47 team’s recommendations as a “menu of options” rather than imperatives.

“They are far from certainties,” he said. “The last place I would ever look for revenue is from the hardworking taxpayers of Pittsburgh.” (P-G, Robert Zullo, 6/03)

A stately appropriate sentiment, from the Councilor representing the district with the highest property values. But it overlooks that we’re not talking about a tax hike, we’re talking about fixing an erroneously gigantic tax cut delivered in the midst of a budget crisis.

“They cut taxes by 30 percent,” said Roberts, an attorney in the Downtown firm of Eckert Seamans Cherin & Mellott. “What we’re suggesting is getting back 5 percent or 6 percent.”

The Comet think tank batted this around for a while, and the path forward seems obvious. All nine members of Council as well as Mayor Peduto, Controller Lamb and Bishop Zubik should just meet under the portico to announce how courageous they are for correcting a simple paper mistake, and once again celebrate last year’s 24% tax cut.

Now, as to more recent noise:

Before tax increases or attempts to institute some form of a payment in lieu of taxes from the city’s nonprofits, Mr. Varischetti [of the ICA] also called on the mayor and city council to honor commitments in the 2009 plan to reducing the city’s operating expenses, which he claims could cut costs by up to 20 percent. (P-G, Zullo, 6/08)

Let’s define our terms. The Act 47 Coordinators approve the City’s comprehensive and glorious 5-year plans, every fifth summer plus as events warrant. The ICA approves the City’s annual operating budget in adherence with the 5-year plan, every autumn.

The 5-member ICA board is appointed by the leaders of the four State legislative caucuses (making for 2 Democrats and 2 Republicans) plus the Governor (presently a Republican). ICA Board Chair Nicholas Varischetti has arrived to us care of State Senate President Joe Scarnati.

The fact that the ICA is keeping pressure on Pittsburgh to implement transparent and regionally compatible financial software is a great thing — although County Executive Rich Fitzgerald has blamed recent snafus on County Controller Chelsa Wagner (who is worried about another pension problem). Likewise, the fact that the ICA is nudging governmental efficiency nearer to the forefront, is also a fine thing.
. 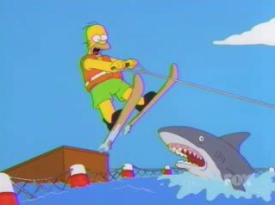 But the suggestion that we cut 20% from the budget… or about $90 million… I’m not sure how to explain that. The chair cites “nationally recognized experts” providing a “roadmap,” but I haven’t found said map in the ICA’s document library. We shall request it. At any rate that number is just so massive and seemingly so arbitrary, there grows a sense we may look back on this as the day the ICA jumped the shark.

In other news, the Judge in the August Wilson Center imbroglio (upgraded from predicament!) is getting irritated and impatient for the warring parties to come together. On Nighttalk, Mayor Peduto calmly explained that “everyone understands there are covenants on the property” that cannot be set aside without “throwing out 90 years of redevelopment law.” Many parties had attempted some political pressure on the administration to set aside those covenants with executive privilege, and move forward expediently with Downtown growth.

But it turns out Pittsburgh has a URA director who once promised to liquidate half of the URA and identifies proudly as a bit of an anarchist, so pressure is recoiling on the developer to make meaningful and specific accommodations to the taxpayer interest in, and the cultural mission of, that building.

Finally today we were introduced to our terrifying new Director of Public Safety. If I’m ever in the same room with that man I feel like I’m instinctively going to comb my hair, check my fly and shoelaces, pop a breath mint, pay my library fines, furnish a list of my former Occupy buddies’ whereabouts, activities and aliases, and stroke a bald eagle to completion.