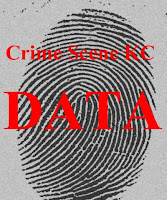 Churches “will be asked, for example, to volunteer a lot of information up front, to communicate with our Police Bureau on identifying and coming up with the gangs, organizations, et cetera, … so we’ll have a good gauge of who these criminals are in our communities,” Mr. Ravenstahl said, after honoring 18 faith-based organizations that joined his 52 Weeks of Peace effort. (P-G, Rich Lord)

Oh, right. We remember the press conferences. How did that go?

That effort had churches host anti-violence presentations for youth and encourage their members to anonymously report crime tips. Mr. Ravenstahl said that getting the organizations involved with law enforcement resulted in an increase in the number of anonymous tips, but had no statistics to back that up.

Didn’t we just receive something from the mayor’s press office about crime being at a 40 year historic low? Did anyone get any statistics to back that up?

Thank goodness (and the council representative of District 9) that something more palpable than the same tired old expressions of outrage and concern finally seems to be on the way.

“We’re terribly concerned by the recent spike in violence,” said Mr. Ravenstahl. “It’s unacceptable. It has to change.”

I know. I know! It must sound like an unending, one-sided drum beat. But does this Mayor have any notches in his belt?

Be that as it may, just because the Pittsburgh Initiative to Reduce Crime sounds good to people like me and likely you, that does not mean it is playing so great everywhere. Not even among some of the constituents of the aforementioned rep from District 9.

Rashad Byrdsong, founder of the nonprofit Community Empowerment Association in Homewood, said access to jobs and affordable housing, not more aggressive policing, is what will stem violence in predominantly black neighborhoods.

He said programs like Operation Ceasefire are a “quick fix” to quell gang violence that won’t last.

“It’s a Band-Aid. They’re using a broad brush to get young people into a gang database,” he said. (Trib, Jeremy Boren)

Hard to imagine how more knowledge about the problem is a bad thing.

Judith K. Ginyard, a real estate broker and mother of two, said a lack of jobs for the unskilled is the biggest reason that some turn to crime.

“That’s really the biggest issue — that it’s very hard to earn money here in Pittsburgh,” said Ginyard, of Homewood. “And when you’re unable to provide for yourself and receive a decent salary, you’re not able to purchase your basic goods and services. It’s a domino effect.”

That sentiment is huge — that crime prevention is less about policing than providing opportunity. We have a lot of sympathy with it, though many who hear it persist in regarding it as a demand for a handout.

There should be more resources available for job training and job placement. Businesses themselves get repeated and truly massive handouts from the URA and other agencies because we so dearly need to spark large-scale economic activity; why is there no money available to spark individual economic activity?

Unfortunately, there are not a ton of jobs to be had in Pittsburgh (as we’ll get to in a moment), and some of that can be traced to there being no place to work within these very communities. Businesses will not locate to these large swaths of Pittsburgh until crime goes down and stabilizes that way.

It’s kind of a chicken and the egg thing — but if a “Band-Aid” can help move us toward a prosperous chicken coop, I’m optimistic about it.

These could be the first in a whole new genre of stories about how local political leaders are trying to help us weather the storm — or the End Times — whatever it is we’re weathering. Before long, the skill of “relating to the struggles of hard working families” will be at a premium at every level. (P-G, Mark Belko; P-G David Guo)

Schultzy points out that it’s all Altmire’s and Murphy’s fault. (Burgh Report)

Our Acquaintance is a little more politically liberated to prosecute whomsoever she might deem appropriate. (Trib, Jason Cato)

Until the city boldly rebrands itself by changing its name, nothing will help in terms of tourism — not the biggest, greenest, shiniest, swoopiest, collapsingest convention center in the world. Or an adjacent hotel. More on this point eventually. (P-G Edit Board)

4 thoughts on “Tuesday: More On Crime”