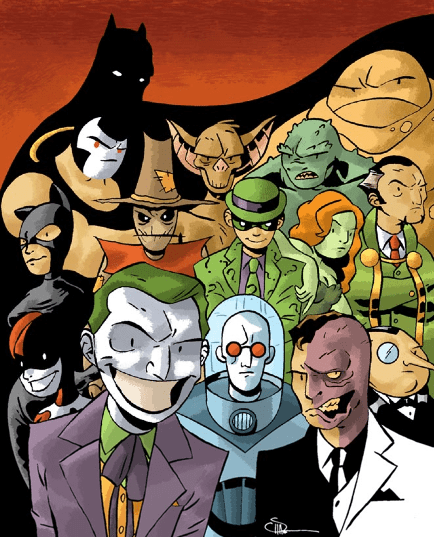 It’s getting heated out there.

“Taxpayer dollars are being wasted through mismanagement and cronyism,” Dowd, who is challenging Ravenstahl in the May 19 Democratic primary, said as he stood over one of 250 steel trash receptacles the administration purchased for $1,010 apiece without seeking competitive bids. (Trib, Jeremy Boren)

Criticize “mismanagement” all you like, Patrick, but going after the opposing candidate’s religion is out-of-bounds. If Luke practices Cronyism that’s his personal choice.

“We have a desperate candidate with no plan of his own, showing himself to be just ridiculous,” said Ravenstahl campaign manager Paul McKrell. (P-G, Rich Lord)

Hmm, so we have a campaign manager acting as the attack-dog. That is a new thing for our political landscape I believe — I wonder if it will be effective. Let’s see if we can get him on camera in action; people deserve to become familiar with this chap.

*-UPDATE: I should say, on camera more. (WTAE) The reason we have had “three balanced budgets” is A) the oversight boards have long made it the law to balance budgets on a piece of paper and B) the budgets are not actually balanced. Remember, the Finance Director said the five-year plan is “only a piece of paper”? It’s a shell game between the “City” budget, the Authorities budgets and where we choose to notate our debt. Look at the condition of our streets and neighborhoods, total up all the vacant positions throughout city government, and tell me again we have a “balanced budget”.

Thoughts on Schultz carries the chart detailing the cost of the waste. I have to believe we can add things to it if we think about it.

**- UPDATE: Oh yeah! Holy cow, KDKA is hosting a mayoral debate in which YOU (we, us, people) submit video questions a la the YouTube debates. Details on how to do that here at KDKA. Or, let the League of Young Voters help you submit a question here.

The P-G Edit Board ran a lengthy editorial on Sunday entitled “Trail of Influence”.

I love it when politicians argue that there are no “dots” to “connect” but rather coincidences — and that they personally are never influenced by money. Maybe other people are, but not them, never ever. Come on guys, it’s MONEY. It’s influential. I don’t care if you’re a “good person” or a “bad person” — to claim that large sums of money and significant gifts do not influence you over time, is to argue that you are something more than human.

Let’s ask this — why are they giving it to you? Again and again, year in and year out, people offer you stuff. What do you suppose motivates them to do so? Do you think it is because you are charming? Good looking? Lucky? Do you think you do a great job and it is out of appreciation? Lots of people in every industry perform great work that is appreciated — rarely are ten thousand dollar checks slid under their door.

I’ve never received anything from Millcraft Industries. I’ve been sitting here waiting, and not one dollar, not one ticket, nothing. Why not? Maybe it’s because I’m powerless to do anything to help them. Maybe it’s because, contrary to popular (among politicians) belief, they only give stuff away whenever they feel it will become profitable to them, when it will influence the course of their business. Which makes perfect sense. For them.

I embark upon this tangent because I just viewed Council’s post-agenda on new Ethics legislation. First of all let me say that I’m positive lots of earnest people worked really hard on this, and probably without twirling their mustaches and cackling evilly even once.

However, the meeting was so chock full of mutual admiration — the working group was wonderful, the Ethics board was wonderful, the Law Department was wonderful, we are all so wonderful — that I feel a little balance and frankness is in order. Sorry, that’s the job I’ve taken on; I don’t mean to sound like that fellow who’s been offering public comment hollering about “Solicitor Sphincter”, but it doesn’t really seem like what is being offered is significant reform. I’d be happy to learn more about it if I am mistaken.

Meanwhile, here are some notes on the meeting:


1. The Ethics board endorses the proposal of the working group.

3. Often in close proximity to this Pittsburghism, it was noted that “at the neighborhood and city level”, attendance at public events is “expected and encouraged”.

4. There are updated, specific and “realistic” dollar figures of what defines “nominal” value.

5. For most categories of gifts, it is “recommended” that public officials “seek” “voluntary” “advice” from the Ethics board before acceptance.

6. Doug Shields now concedes that Ravenstahl’s acceptance of UPMC’s and the Penguins’ offer to attend the Lemieux Invitational charity golf tournament was AOK. Bill Peduto disagrees on this point, saying that if the event host invited him it would be okay, but the minute UPMC writes a check to pay his way that event admission becomes a gift.

7. Ricky Burgess was taciturn and generally unenthused throughout. He said his “personal ethics” are “higher” than this and indeed one must do more than what is required. Yet at the same time he “wholeheartedly supports” this measure, it has his “complete and utter support”.

8. Related to this, I think at some point it was implied that the Council is shooting for and expects unanimity on the measure.

9. Shields and Peduto seem to want to add penalties for the interested parties who offer things to, or “dangle things in front of” public officials.

10. As to penalties for public officials who accept untoward gifts, this seems to reside almost entirely through a “transparency mechanism” — that being, gifts are “encouraged” to be declared officially, so that the public can make up their own minds. This is because elections happen so frequently, the public pays such close attention to city government, and what is ethical and what is unethical depends on whether or not one gets caught and can retain 51% of the vote.

Again, if I’m way off-base here I hope to be corrected, but this is what I gleaned from the meeting. A public hearing will be held on Monday the 6th at 1:30.