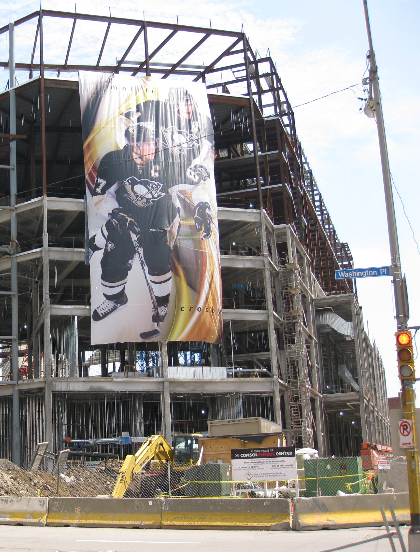 Just a little extra from the original “sheaf” of e-mails that did not make it into my last post. Maybe somebody will find it interesting, or can tell us “What they’re really thinking“.

This is all part of the exchange falling under the subject header, High Level Issues!, of which the Comet already reproduced Issue 3: Strategic Planning and its proposed day-off retreat by the Mayor, Zober, Ford, Grattan and Verbanac to Nemacolin.

Remember that the characterizations of these situations are either Verbanac’s, or how Verbanac would have liked the Mayor to conceive of them — not necessarily gospel.

Issue One: Jake Wheately and the Hill District/Development Issue

Jake summoned me to a meeting on Friday to throw a bunch of threats and eptitats my way concerning you and Dan. I actually believe that he believes their position. It’s scary. He has started with the threats of hurting the City/County in Harrisburg. Obviously he reached out to me because he wants me to pass this venom along to you and Dan. I’m not mentioning anything to Dan unless you and I agree. I pushed back pretty strongly to Jake that I felt their actions are not negotiating in good faith or asking for something that can be granted. It’s extreme and they are treating anyone that doesn’t just say yes as an enemy. I further told him that I felt their politics where forcing people into the arms of their enemies (Payne, Robinson, 3rd and 5th ward democratic committee.) This backed Jake up.

I see a potential play here. Something to consider. If they can back off all the specifics on their CBA, they might be able to make some headway. If they don’t expect government money, that means that their “bank” is the Penguins. Thus, the real issue would be whether or not you and Dan agree to work with them to squeeze the Pens for whatever you can get for the community (they do have a good deal). If the discussion was dialed back to that specific issue, you may have common ground and avoid a war? I think you can get there for a discussion if you desire to.

Jake wants a meet with you and Dan before, “the bullets start to fly.”

Thanks for your insights here. Getting caught up in what we do here daily I always find these very helpful. I am on top of all these with the exception of the Wheatley/Hill District issue. From what I understand a meeting was held in the community last night and Wheatley & Co. had their heads handed to them (granted my source is Tonya). I didn’t get the whole story but I will get it later. Food for thought… either way the Hill District issue is going to be a tough one. 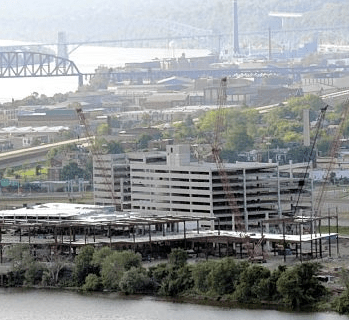 I’m picking up that the Steelers think you are forcing the Barden Master Plan through and that Sidney Kidai is under Barden’s spell. I know that you and Yarone have tried to calm their concerns, particularly via Sacco last week. Nevertheless, this is what they are feeling.

Truth is, the North Shore transportation issues are abundant. I do believe Barden will be economically challenged to do much infrastructure improvement.

A couple timeline issues to keep in mind are that a Supreme Court decision is expected late summer early fall. That’s a critical point. The second issue is the likelihood that the City will be sued on and around planning issues. If they (Barden) don’t have every “I” dotted and “T” crossed, and if City Planning is duplicitous or wanting in any regard, the chances are it will be in the papers.

It seems to me that the local property owners are giving the City a great deal of “cover” to consider all the issues and to take its time in doing so? They should have something to say. In the end, they should be forced to offer their solutions — in the form of the conditions to be applied to the permit. If that scenario plays out, then all parties can be made happy.

A few suggestions for getting the point to Barden. Jeff Letwin can do it. Schnader harris is Jeff’s firm and they represent Barden. His office — a woman that works for Jeff — is handling the zoning. It’s either that or directly to Barden.

I was informed today taht Sidney Kaikai informed the steelers that it is his intention to approve the master plan so they may begin demolition ansd site prep. Expect a call from Art Rooney if you haven’t got it already.

It’s normal to confront legal issues and resistance when moving people around. I’m not surprised you guys have faced some of those issues. I have mentioned to both Yarone and Pat that I believe it’s critically important to secure outside labor law expertise for the use of the Mayor’s office only. Care has to be taken to ensure this counsel is not biased or compromised by relationships/history. That precludes most all local folks. I have passed on a few names to Pat over the weekend as I understand he is facing a few of those issues. A good counsel will ensure you are not being bureaucratically bullshitted by anyone. All in all, it’s probably a silver lining that you are finding out where everyone stands. Will only make your solution and execution better. After all, this is your time friend, not theirs.

As for staffing we’re going to make sure we have all moves clearly lined up before we pull any trigger. We’re getting much closer though… update you later. Take care.