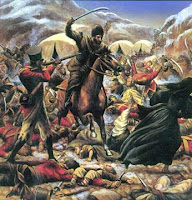 Pittsburgh Councilman Jim Motznik introduced legislation today to slash council’s staffing and its practice of tapping leftover funds from prior years and transfer $310,000 from its accounts to a public uses. A colleague said it reflects a threat made by the mayor last week. (P-G, Rich Lord)

The mayor either really wants to protect what he views as encroachments by council upon his administrative domain, or he is really upset that council took away his friends’ free vehicles, fuel perks, auto maintenance and auto insurance.

The mayor said he simply challenged Kraus to curtail council’s spending under the provisions of Pittsburgh’s five-year financial recovery plan created under state Act 47 — the same provisions Kraus and other council members used to justify reducing the number of take-home cars from 61 to 29. (Trib, Jeremy Boren)

There is some question as to whether or not the reduction of each council member’s staff budget from $82,000 to $61,000 annually represents the current requirements of the Act 47 oversight boards.

If state overseers had previously waived these reductions during negotiations, the council could surely vote to resist these cuts as political retribution. They already paid their dues today for having enacted the take-home vehicle legislation, in the form of having their own mileage reimbursements stripped.

If Ravenstahl however has them on the facts, it would be hard for council to justify a double-standard when it comes to obedience to Act 47. This would mean council staffs would be slashed by 25% — resulting possibly in some layoffs, and almost certainly some veteran staffers moving on to greener pastures.

However, such a move by Ravenstahl would involve “reopening” the current budget. Once the budget is opened, it is opened. Once opened, that enables this new council to curtail ballooning spending in the Mayor’s own office, as well as the Finance department and others, that previous councils had not the independence to resist.

“The reality is if you’re going to live by the sword, you’re probably going to have to deal with both sides of the sword,” Motznik said.

What we are dealing with is more like the 12 edges one encounters on a set of tri-tipped sai daggers.

The temptation is to bemoan the self-destructive seeming childishness of this on all sides — but for the time being, the Comet is absolutely in favor of the melee.

City government has been erring on the side of unitary command and profligate spending for far too long. If it will take some real-life, messy lab work in order to figure out where the real zones of control and balances of power are, then that is what it will take.

It is far better than the see-no-evil, hear-no-evil, speak-no-evil approach, which is not why anybody was elected to anything.

4 thoughts on “We All Knew It Would Come to This”