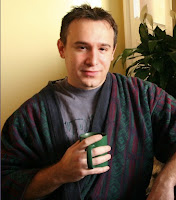 Occasionally, in civic discourse, there is a decision so final and of such reverberative power that one must stand in awe. Today, the Pennsylvania Gaming Control Board gave its blessing to the PITG / Majestic Star / North Side jalopy.

Now focus just a little on:

How gracious will Mario be? Will the Penguins make any rash decisions? And will the Canadian billionaire find his way back into the picture?

Now focus a lot on:

How might this change the conversation of Ravenstahl and Peduto?

Certainly, no serious people could have been surprised at the decision against the Isle of Capri / Hill District jalopy. Andrew Conte and Rob Rossi of the Tribune Review LINK have a still-fresh must-read story on the byzantine court politics within the NHL / Isle of Capri / Penguins triniverse.

Then, too, Monday’s last-minute plea by the Rev. James Simms a Post-Gazette op-ed, on behalf of Hill District residents by way of the well-named, early-to-the-table Pittsburgh First Foundation, didn’t seem to quiet the noises coming from the Hill.

Isle of Capri’s decision to use their final fifteen minutes can be credibly seen to be a sign of weakness.

So what were we left with? Surely, any serious person has long been familiar with the study by architects Rothschild and Donyo featured in another PG op-ed reflecting the thinking of Carnegie Mellon’s Urban Lab. A great big hat tip to Ruth Ann Daily on this one.

So. You’ve got the Majestic Star, who will have find ways to partner with the following interests in approximately this order:

Now that is done. Leaving aside the issue of whether the Carnegie Science Center is capable of acting gentlemanly and broadly cooperatively, I will now search internet tubes for signs of indigenous North Side opposition to a casino. I will earn points crazy fast!
__________

CLARIFICATION (12/19/07): The photograph above remains as a technical artifact from the first time I uploaded it to Blogger. It was taken by City Paper photographer Heather Mull, and used in this Marty Levine article.

A special salute to all you Comet readers who remember Dr. Claw.

One thought on “Wed Dec 20: It’s the Majestic Star”