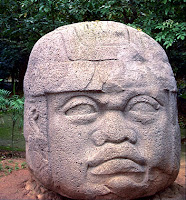 In a news article whose top four paragraphs feature some variation on “Mr. Roosevelt says that…” (P-G, Joe Smydo), the hard news must wait until graph five:

The school board Wednesday adopted a 2008 general fund budget of $526.6 million. The budget holds the line on taxes, and Mr. Roosevelt noted 2008 spending is $2.4 million less than this year and $7 million less than 2006.

Externalities to this budget are described only as pending upon labor negotiations. Nowhere do popular efforts to retain the city’s most successful public school get touched upon.

The budget, which spends scores of millions launching, expanding, or maintaining other initiatives, not to mention the hiring of consultants in anticipation of many moves, will be used as yet another bludgeon against the Save Schenley constituency.

Remember, the vote to retire Schenley and determine the rest of what “moving forward” means is in February — along with public comment on the matter, which is theoretically important.*

“We’ve already decided how to spend this money,” some will cry. “To reopen the budget at this point would be so … so gauche!“

We get another outline of the Act 47 and ICA oversight boards, this time through the prism of the $4.5 million they are costing. (P-G, Rich Lord)

Our water and sewers are in not-so-great shape, and will cost a smenth more than $4.5 million to fix. (Trib, Mike Cronin)

Pittsburgh’s major parks are in such good hands, the Parks Conservancy is throwing themselves a national conference, what with all the 250 hubbub. (Trib, Mike Wereschagin)

It’s tough to find a way to keep even our most historic buildings up and historic. Try 1792. (Trib, Craig Smith)

“Mayor Lawrence was a dear friend,” she says. “I had a profound admiration for him.”

But William McNair, the first person elected mayor by the Democratic organization Lawrence headed, gave the party a rough start when he took office in 1934.

“I came to know him, and he was nutty as a fruitcake,” Masloff says of McNair. “He didn’t last very long.”

“She came from an era in which great politicians engendered unfailing personal loyalty,” said attorney Joseph Sabino Mistick, who served as Masloff’s chief of staff. “There are those of us who served Sophie while she was mayor who stand ready to serve her to this day. In our mind, she is still the mayor and still deserving of our time and attention and loyalty.”

__________
* — Remember that last School Board hearing, where there were over 100 comments regarding Schenley? Was there even one parent there to say, “Keep my babies safe from the poison”? We keep hearing about these highly alarmed parents, but never from them. Concerned parents all seem concerned with keeping Schenley operating for their children. Guess they aren’t that important.