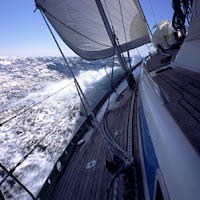 “Will this particular store, as we’re seeing it, be full-service? Full-service is what they’re looking for. They need a pharmacy that’s included, they would like to see a bakery that is included,” said (George) Moses, a member of the Hill District Consensus Group. (Trib, Jeremy Boren)

Besides, there is something to be said for offering value at the cash register.

Hill District leaders may want a stake in a potential new Save-A-Lot grocery store as part of an overall package of community benefits linked to a new arena, they said yesterday after the chain’s executives made an initial sales pitch. (P-G, Rich Lord)

Hill District leaders and followers, belonging to One Hill, the Hill Faith and Justice Alliance and others, really need to hold a stake in things. The Comet has no opinion at all on whether they should have a stake in this hypothetical Save-A-Lot.

By all means, the company executives sound accomodating, so feel them out!

Why ask for this support as part of the community benefits package regarding arena development?

Why, indeed, should the Penguins suddenly join negotiations with Save-A-Lot, when they have been shunning One Hill itself lo these many months?

Save-A-Lot came to the Hill District on its own initiative. If the community need for a grocery store is somehow satisfied by Save-A-Lot, transfer those governmental resources and any possible Penguins investment to other critical initiatives. There are many.

Councilwoman Tonya Payne said that for the neighborhood to have partial ownership, its leadership “would need to be in a position where they could assume risk … We have to be careful that we’re not putting in so many roadblocks that it never happens.”

Councilwoman Payne: believes in her constituents.

Save-A-Lot executives said they want to be sure that the Hill wants their store. Ms. Payne said she will conduct a community meeting on that.

She will conduct a community meeting? We thought she was a strong supporter of the whole One Hill process.

Speaking of which, the Historic Review Commission and City Planning Commission both approved the boyhood home of August Wilson for historic status. The petition was sent to City Council for final approval — on October 10, 2007.

There it sat until last week, when Mr. (Paul) Ellis complained. The city code indicates that if council doesn’t act on a historic designation within 90 days of its introduction, the application is denied and can’t be resubmitted for five years, said Council President Doug Shields. That deadline passed early this month. (P-G, Rich Lord)

Paul Ellis is, among other things, lead attorney for One Hill’s negotiating committee, nephew of the late playwright August Wilson, and brother to Dr. Kimberly Ellis AKA Dr. Goddess, who herself happens to be affiliated with the Hill Faith and Justice Alliance.

Mr. Shields said the legislation stalled after it went to the chair of the Planning, Zoning and Land Use Committee. Last year, that was Councilwoman Tonya Payne, of the Hill.

Ms. Payne said she didn’t “know what happened to it,” but when she found out it had fallen through the cracks, she “started chasing it down.”

Would have been embarrassing if the grant money for restoration got fouled up.

Boy, what an awesome news day!

If he wants to win re-election, Democratic state Rep. Jake Wheatley first must fend off a former aide he dismissed in 2003. (Trib, Carl Prine)

The shades of Udin / Payne in 1997 are unavoidable in this one.

Wheatley, also a Hill District resident, said he let Washington go after “a couple of months” in his freshman term because “it was the best thing for both of us.” He called her candidacy “serious” and said he welcomes the challenge from the longtime resident and Pittsburgh Housing Authority worker.

9 thoughts on “Wednesday: A Great Day for Governing”