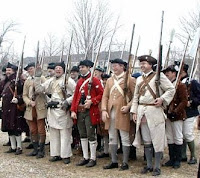 Mayor Luke Ravenstahl hasn’t expressed a clear opinion on the matter and his administration provided no response to the legislation introduced yesterday. (P-G, Rich Lord)

Admittedly, this one’s a legal toughie. But it would be very helpful to pass an ordinance like this. Part of maintaining a well-regulated militia is enacting the occasional regulation to combat dangerous illegalities. It would be nice to join a reform movement.

Gabe Mazefsky, Ravenstahl’s manager of policy, said Ravenstahl doesn’t plan to change his appointments. He said rules in the city’s Home Rule Charter that appear to conflict with the mayor’s appointments are “moot” or “outdated.” (Trib, Jeremy Boren)

“I got so many calls and comments in support of Kuhn’s,” Payne said. “I want to be sure about Kuhn’s proposal before I say anything about it.” (Trib, Ron DaParma)

“It’s a first step in the arena as a revitalizing anchor for the entire region,” said Penguins President David Morehouse. (Trib, Bonnie Pfister)

Really? I thought every other government subsidized large-scale development in the 250 year history of Pittsburgh was supposed to do that. Maybe 70th time will be the charm.

“We all know the Crosstown Expressway is almost like a moat,” he said. “This is one more connecting piece that we can add to the puzzle.”

If there’s one thing Pittsburghers who come Downtown would like to do after work or after seeing a show in the Cultural District, it’s check into a luxury hotel. Will this impact the long-sought Convention Center hotel project? The North Shore hotel project? Does Pittsburgh have a market for this many hotel rooms Downtown?

Grass no greener in Harrisburg.

But where are the angry people that once made my life so difficult? Where is the outrage? Incumbent lawmakers are accused of taking your money without your permission and using it to ensure that neither candidates from within their party nor from the opposition party could unseat them from their thrones of power. Doesn’t that disturb you just a little? (P-G, Terry Shaffer)

He doesn’t realize the city he’s talking to.

Adams Township will let that pole dancing instructor do her thing

At least the part about fast-tracking changes through the administration. Early yesterday morning, the other eight council members discovered a seven-page legal and philosophical memorandum in their inboxes from Councilwoman Harris. It included such gems as:

“An ordinance reflects the process of majority vote on legislative matters by elected representatives. A directive is an implementation of intra-government policy. An ordinance is a public record, exposed to pinion – ridicule or support. A directive has a select audience, normally the members of the intra-governmental entities would be able to legislate.” [ibid.]

Without Council oversight, and without significant community involvement (which also is lacking from the legislation), citizens would be faced with sudden changes of address – in effect, changes of identity – without having had due representation or input on the matter.

Councilman Dowd withdrew his motion sans discussion, presumably to take it back to the lab for a workover. I don’t know what the score is between these two, but if you’re playing fantasy, owners of Coucilwoman Harris picked up a rare six points yesterday.

4 thoughts on “Wednesday: A Well-Regulated Listitia*”