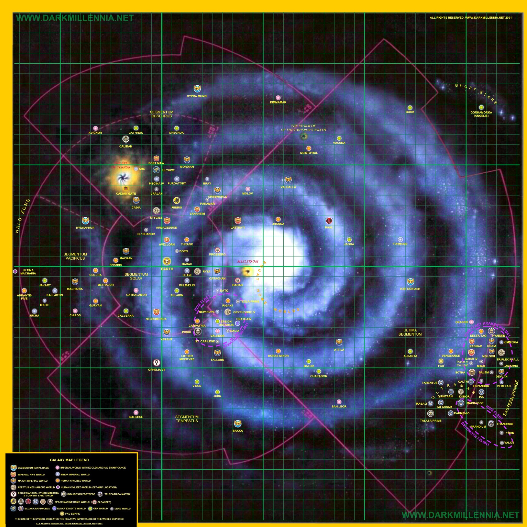 The forthcoming Dan Onorato Cyberhall write-up is not in this post, nor is Edmund Fitzgerald, nor is something else that we might have promised directly to you.

What’s going on, [Patrick Dowd] said, is “robbing Peter to pay Paul,” manufacturing razor-thin surplus predictions without disclosing how they’ll be achieved, and a steady worsening of the pension fund’s woes with only “liquidation” of the parking garages offered as a solution. (P-G, Rich Lord)

It would be illustrative to see the balance sheets of all our City Authorities and whether or not they have worsened over the same three years that Ravenstahl has been either A) rescuing the city from the abyss or B) cooking the city’s books with the ICA.

In a related story at the Trib, it looks like increasing employee contributions to the pension fund is absolutely off-the-table, Lukewise. The administration is focused on massive “infusions”.

The next overseas project for the University of Pittsburgh Medical Center will be a hospital on a beachside property in Paphos, a tourist town on the Mediterranean island of Cyprus, officials will announce today. (Trib, Luis Fabregas)

I’m sure this is going to be a very useful institutional amenity to show off and increase the medical center’s global stature, and attract the very best of personnel and collaborators. It’s also another excellent example of why we need to tax these guys.

“The implications of not having a well-educated and trained work force to meet future demand [have] the potential to create a lasting negative impact on the region, and it is inspiring to see our community rally to support this worthwhile program,” R.K. Mellon Director Scott Izzo said in a statement. (P-G, Joe Smydo)

Is this program really the highest and best use of so much of the region’s charitable capital? It seems like it’s going to be a splendid benefit for middle-class families whose children are already prepared for college — but it will do nothing to improve educational outcomes for the masses who do require investment, and it will do very little (in reality) to tempt affluent suburbanites back into trusting public schools, given alternatives available to them. The whole shebang seems designed more for popularity than effect.

The district administration has touted the University of Pittsburgh’s involvement with the University Prep High School as a key to this school’s success. To date, the exact nature of this collaboration has not been clearly articulated. (P-G OpEd, Kathryn Fine)

Oy vey, Patrick! Are you reading this? Somebody explain to us what all is going on in our public schools. It seems one must either be with Roosevelt or against Roosevelt. I would like to hear from someone (Heather?) how the School District is ensuring safeguards for transparency, public process and accountability — particularly in reference to “University Prep” schools.

Ignored for five years, the city of Pittsburgh’s curfew will be back on May 1 in a form that will be both stricter and more kid-friendly than it was in years past, Mayor Luke Ravenstahl said yesterday. (P-G, Rich Lord)

I grew up in Squirrel Hill. I get the feeling me and my friends circa 1991 could shortly be on the streets at midnight smoking cigarettes, playing blackjack and taking cellphone pictures down our trousers yet we’d NEVER IN A MILLION YEARS get swept up. Yet equally rambunctious young ruffians from other parts of town are going to get hauled into a pen and told, “You are the bad ones!”

Political note: Our new Curfew Center is due to go online May 1, a couple of weeks before election day. Not incidentally, the Pittsburgh Initiative to Reduce Crime in all likelihood is due to begin taking effect tentatively and approximately around that same enchanted period*.

The Allegheny County Community Infrastructure and Tourism board, which will dole out $80 million in state gambling revenue over the next decade, approved a $91,000 grant to the Pittsburgh History & Landmarks Foundation to help stabilize the dilapidated structure on Centre Avenue. (P-G, Mark Belko)

Although this is state money, this is almost certainly the kind of thing where it’s appropriate to say, Way to Go Dan Onorato! And mean it. Now can we start talking about the fun part — actually developing the site.

“This isn’t a blind populous screed, and there really needs to be a measure of equity,” [Mayor Fetterman] said. “Somebody needs to explain to me why AIG gets over $140 billion over a couple weekend powwows and we can’t get a Subway franchise or a youth center.” (P-G, L.A. Johnson)

Is it too early to start looking forward to the year 2019 and County Executive Fetterman?

It looks like McArdle Roadway did not make the cut on PennDOT’s ambitious project list for 2009. Check out the bridges and roads that will be repaired here.

I’d be interested to hear how these decisions were made. Perhaps McArdle Roadway repairs can be paid for via some other funding vehicle. For those of us that drive it regularly and for the millions of tourists that see a road, barriers, fences and a hillside in various stages of decay and disrepair, this is confusing and disappointing news indeed. (Mountain Girl, 15211)

Guests at the fundraiser were treated to the stylings of DJ Omar Abdul and delicious cabbage rolls and peirogies prepared by Helena Rudiak, Natalia’s mom. There is only one way to talk about this Cross CIty Fundraiser and that is as a booming success. (NR.com, Lizandra Vidal)

Everyone from the HUDDLER to President Obama seems lately to be coming out for Natalia Rudiak.

“I don’t have any comment,” Wheately told me last Friday when I confronted him with allegations that he ordered his office staff to perform political work on the public’s time.

The allegations were brought to me by Brad Young, Wheatley’s former campaign manager. (KDKA, Andy Sheehan)

Ouchy and possible complications for Danny LaVelle. Since these allegations were brought directly to KDKA and not part of any official investigation, this hasn’t come in for much further scrutiny.

Back to politics. Patrick Dowd got his radio feet wet during an interview on the Mark DeSantis Show with a bunch of bloggers.

Chad Hermann asked something along the lines of, “How will you package your nuanced message and policy prescriptions in a way that will be effective in today’s media environment?” The first thing Dowd said was that he’s not into negative campaigning, because “that’s not what wins elections”.

I would politely refer Mr. Dowd to Barack Obama, who talked a big game about taking the high ground, yet at the same time could (and can still) get snarky, sassy, indignant and outright angry when discussing the policies and the performances of those who preceded him. How many times has he laid down the, “I won’t take any lectures about X from somebody who Y?” And remember — Iraq was a “dumb war”. Barack Obama called for Change, and one way he did that was by tearing into the Status Quo in no uncertain, allusive terms.

Then again, when discussing the budget, Dowd said we should examine the city’s real situation and “not put lipstick on it” so he’s probably gearing up for all that. He also said there is a financial “crisis upon us”, which differs pretty strikingly from what may be implied by someone having presided over a “$100 million surplus”.

Julie Gong was given the floor to ask a question, and you just knew it was going to be the best question of the program because that’s how these things work.

“So what have you heard when you go doorknocking?”

Dowd answered, believe it or not, garbage cans. He said he must have heard about those cans 20 or 30 times. When put on the spot, Dowd (it seemed rather spontaneously) pledged on the Mark DeSantis Show that never as mayor would he put his name on any city stuff.

When talking about retaining our young people, Dowd asked Julie, “What more than anything else would keep you in Pittsburgh?” Julie answered, “Jobs, I guess”. Dowd replied, see? Jobs. Job growth. Jobs blabity blabity blah. In the absence of any fleshing out of what it means, “job growth” sounds downright platitudinous and Republican, unfortunately.

Now. Speaking of which:

Against my better judgment (why talk about what the other guy wants you to talk about?) at one time I thought I’d spend further posts critiquing the top portion of that campaign mailer. On first reading, it was impressive and even a little daunting. By the second reading it seemed somehow less daunting. By the third reading it was an outright joke document.

I am however deeply grateful (and maybe a little honored) that the official Ravenstahl campaign slogan is, as of this moment… GETTING IT DONE.

Where to start? Here? Surely there are even greater treasures to be uncovered further towards the back of the closet.