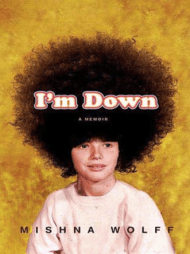 Surveying our theater of operations:

Mt. Washington is trying to demolish a freshly built dog park because it has taken up space in its newly expanded and enhanced people park. (KDKA, Andy Sheehan).

Troy Hill rejects signage if it includes swine, women who could be prostitutes, or merely if the crowdsourcing of the design has not been thoroughly enough advertised (P-G, Nikki Pena).

And in Homewood Nation, they’re poring over a proposed Animal Rescue League shelter that is controversial because, well, who needs it? Not them, that’s who.

Why do we group these items on the same plate?

#1:  If you’re wondering why you are more likely to see me at your community meetings rather than my own, well…

#2:  If you’re wondering why I wince when some local pols define their guiding policy as “I do whatever the community tells me!” well….

#3: “Gentrification” has been on the agenda in Pittsburgh a lot this year as opposed to last year. It is assumed that community empowerment is the best way to ensure that changes bring needed benefit rather than detriment for residents. That absolutely is necessary — but hardly sufficient, because with great empowerment comes great emresponsibilityment. Residents have responsibilities to learn as much as they can (which is infinite) about their community’s many challenges and how these subtly interact with one another. Community and political leaders both have responsibilities to make those discussions as broad, deep, constant, constructive, and challenging as possible — and to resist pandering to first impressions, instinctive prejudices, and people’s’ inclinations to tear each other apart.

Better to be viewed as wise and strategic in hindsight, than popular in the instant wake of a controversy du jour. Let’s make that a motif, Pittsburgh.

The August Wilson Center continues to lurch towards a kind of gentrification.

The City Paper’s Chris Potter has written a couple of interesting pieces demonstrating his own “empresponsibilityment” chops. 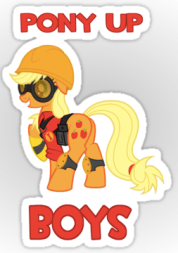 GoT has grown problematic, so unfortunately the Comet must revert back to MLP: FIM.

Potter’s second-best point may be that the foundations and governments [gulp] could theoretically afford to just pony up the difference in the competing bids.

And I share his sentiment that publicly attacking the conservator may not be the most relevant strategy for preserving the Center’s mission and potential.

A. Said conservator is claiming to have worked 12-16 hour days on this. Really? How would one work a 16 hour day on this task, let alone several months worth of them? Is she canvassing door-to-door? Maybe she can humor us with an hourly activity log? I’m serious, it might be inspirational.

B. Given she’s been working 12-16 hour days, how has she only just gotten around to a meeting with “the community”? Perhaps in hard-nosed business terms that might not have been the very highest priority — but oughtn’t it have occurred to her earlier that, “Hey, these people also are interested in preserving the Center. Maybe they know some people with money? Maybe it is worth brainstorming with them? It’s not like I am being inundated with help.”

C. In general, the URA’s brief highlighting covenants on the deed has not received as much attention as it might merit. If the bank knew going into their deal that the City gets to approve or reject all modifications to the building through 2021, then this is no longer a case of “the bank deserves to be repaid” as much as “the Public deserves the best possible return on its own investment.” Maybe the media thinks a legal argument like this really can’t have consequences, but don’t be so certain.

Even still, if you’re wondering what Potter’s first-best point is:

Here’s one thing that makes August Wilson’s legendary “Pittsburgh Cycle” a great work of art: In the 10 plays comprising it, Wilson never pretends there are easy answers. (CP)

Finally, local Firefighters union president Joe King seems resolved to go out with a bang. Good for him.

Thing is, it doesn’t seem like the Firefighters unions’ financial positions are as popular as they used to be  — and this Mayor was elected not only over the vociferous opposition of the Firefighters, but also with the aid of high-profile pledges to be financially thrifty and to make sharp breaks with old political arrangements.

Even still, far from backing down, the Comet expects this loyal opposition has nothing to do but get even louder and more unglued until it’s broken.

That motif has already been established!

One thought on “Down with the Community! Comet Weekend Warmongering”