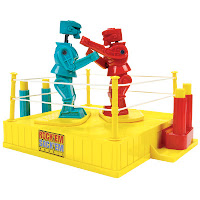 We did not attend the debate this last Sunday morning, but we dispatched two representatives: Comet senior political analyst Morton Reichbaum, and Secret Agent Klezmer.

Agent Klezmer says if DeSantis could go back and change one thing, he ought to have taken a course in public speaking prior to his campaign. She felt the challenger had “a better idea what was going on,” but too often he muttered his best responses under his breath.

She said that Mr. Ravenstahl proved himself to be a bright young man, very well prepared — and an excellent public speaker. Her main criticism was that he seemed a little “out of his depth.”

Surprisingly, Agent Klezmer also insisted that Mark DeSantis is cute. She hastened to add, “you know, like-a-geek cute, but definitely.” She had nothing to say about Mr. Ravenstahl in this regard.

Comet senior political analyst Morton Reichbaum called the debate “boring.” He said you knew what both sides were going to say ahead of time — particularly Luke. He did however say that DeSantis showed he was the candidate that was “more up on everything.”

That’s when he said, “I’m telling you — I think DeSantis is going to win.”

This brought us up short; we had never encountered that opinion before. We started talking about the 5-1 registration advantage …

“No, no I’m serious,” he interrupted us. “People are turning on Luke. I think a lot of, lot of people are gonna be surprised.”

“This DeSantis comes across as a decent guy,” he explained. “I first saw him on that John Pintek — who I can’t stand — but he was, you know, he was fine.”

We asked what exactly he liked about what Mr. DeSantis had to say.

“Nothing, really,” he conceded. “But next to Luke — people are getting tired of Luke’s — shall we say — his gaffes.“

Video clips from that debate have been organized here. Another debate will air this evening on KDKA ch. 2 at 7:00 PM.