I think we should think about that, and remember that.

We have learned that anarchists are expert at organizing chaos, volatility and mistrust. Most of them probably got away with enveloping everybody else in their noxious three-day game of chicken. My interest is in doing better next time, not blaming anybody for this decision or that stratagem. I blame the anarchists for the whole thing. But we will learn from this. Everything was not “fine” in Oakland. 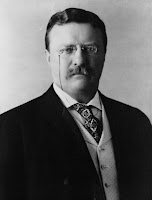 is what it boils down to.

Last year, the average salary of urban superintendents surveyed by the council was about $228,000. (P-G, Joe Smydo)

Without respect to our School Superintendent’s execution or leadership: aren’t Pittsburgh Public Schools still structurally cash-strapped from an operating standpoint? Isn’t the economic recovery post-natal? Would not the belt-tightening and frugality inflicted upon some of our schools seem more palatable if our fearless leader were to be seen to pitch in?

If board members waited until the final year of Mr. Roosevelt’s contract, state law would allow them to reappoint him without a break in service, officials said.

But some board members said they want to act now to promote stability and keep Mr. Roosevelt off the job market. (ibid)

It would be nice to know which board members. Is this like the Penguins moving to Kansas City and Las Vegas? Pittsburgh Schools Superintendent is kind of a hot gig right now — the Pittsburgh Promise, the Gates money pouring in, collaborations on all levels of government and community, a School Board which will improve with two new members who may be better fits. Why leave now?

Roosevelt did not provide a comment for the article, which is appropriate and classy. But if he happens to be concerned about ensuring his continued financial stability, I would suggest starting on his memoirs. Never too early! The dramatic and celebrated turnaround of the Pittsburgh School District should elevate his story to Best-Seller status by the time it’s ready to go to print.

Davin approached me while I was surveying the scene at Schenley Plaza. After a brief talk he agreed to be interviewed before Saturday’s protest march through Oakland (see below and see Slag Heap).

I approached J.J. while he was sitting and chatting with another reporter. He seemed to be the first “protester” to arrive at what had been billed as the “Go Pitt / F@#$ the Police“ march on Saturday.

More to come. This was an interesting event. It’s all interesting. Brian O’Neill’s column Touching the G-20 elephant is extremely valuable. If you need to know what I think now, keep visiting the comments under this Infinonymous post. For now I will share that Elizabeth Pittinger said the Citizens Police Review Board’s report regarding Friday night’s events, due out in a week or so, will be “no holds barred”.

Other chanting during the 90-minute or so march through Oakland included, “Resist! Resist! Raise your f#$%in fist!”, “F#$%in pigs get out of our city, beatin us down and makin it sh@#$y.”, and “We love Pittsburgh, f@#$ the po-lice!”

Now who is this, causing trouble?

And finally, who would have expected this?