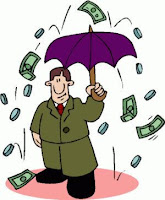 This, care of anonymous blowhard Infinonymous:

In one corner, carrying water for the company that abandoned the city after taking millions in handouts from taxpayers, is the Ravenstahl administration. The boy mayor is said to be pressing hard to clear the liens and let the defaulting, departing, out-of-towners at Iron City off the hook. Why? (Infinonymous)

The Comet will require some more explanation on “said to be” “carrying water” in the present tense, Mr. Onymous.

In the other corner, pushing for at least $1 million in repayments of water and sewer bills … is council member Patrick Dowd. (ibid)

We definitely need to inject some politics into Authority doings. That’s why the framers of the Home Rule Charter arranged that at least one member of Council shall serve on each of the Mayor’s city authorities, and a different Council member for each one (§ 220). So this is all very wholesome, especially in a recession. Plus, apparently, there’s boxing, some kind of grudge match.

*-UPDATE: The Post-Gazette is on it:

Mr. Dowd has offered a resolution which could get a vote from the authority’s board today. His proposal reasserts the system’s $1 million claim to Iron City’s debt due to failure of the brewer to fulfill its renovation pledge. It also directs authority officials to set up a payment schedule with the company and submit it to the board within 60 days.

That is action worth supporting, on behalf of not only the public authority but also the many Pittsburgh customers who pay their water bills on time. (P-G, Edit Board)

**-UPDATE: Null Space sees all this as a shiny diversion. He’s right, of course, but we need to establish the idea of accountability at our authorities before we can expect it.