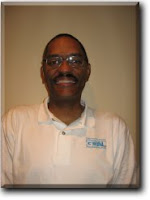 Jay Gilmer, the coordinator for the Pittsburgh Initiative to Reduce Crime (PIRC) who operates out of the mayor’s office, assured the Comet reading audience this week that the long-awaited anti-violence strategy would be ready to roll out in the first half of 2010.

Prof. David M. Kennedy of John Jay College in New York had returned to Pittsburgh this last October to “jump start” the program, 13 months after its initial announcement in 2008.

“He was there to make sure we were proceeding properly,” Gilmer testified. “You have to cook this cake properly — not add anything that doesn’t belong, not subtracting anything that needs to be there.”

Gilmer described that the City had gone “a little on a slight tangent with social service delivery, so we adjusted that.” He said the problem at the time had less to do with incorrect ingredients but more to do with “making sure the right agencies were at the right spots.”

The extended wait for the PIRC to unfold “has more to do with the general slowness of local government,” than any particular resistance to it. “It has to do with understanding, this is a different way of thinking about the homicide issue.”

Gilmer referred us to a recent, long New York Times Magazine article on related programs in the PIRC family, staring with one in Hawaii:

Brandishing a laminated “Wanted” poster, he told them: “I can guarantee that everyone in this courtroom wants you to succeed on probation, but you have not been cutting it. From now on, you’re going to follow all the rules of probation, and if you don’t, you’re going to be arrested on the spot and spend some time in jail right away.” He called the program HOPE, for Hawaii’s Opportunity Probation With Enforcement, and prepared himself for a flood of violation hearings.

But they never materialized. There were only three hearings in the first week, two in the second week and none in the third. The HOPE program was so successful that it inspired scholars to evaluate its methods. Within a six-month period, the rate of positive drug tests fell by 93 percent for HOPE probationers, compared with a fall of 14 percent for probationers in a comparison group. (NYT Mag, Jeffrey Rosen)

More information on the burgeoning new crime strategy is available at the website for the National Network of Safe Communities.

“I’ve been instructed that we should get it right the first time,” Gilmer said of Pittsburgh’s attempt to implement the strategy. “There are a lot of moving parts in this.”

Gilmer says that the municipal courts, the parole boards, the District Attorney and US Attorney’s offices, and the county Sheriffs are now all very much on board with the program. In addition, all Pittsburgh city politicians are “actively supportive”, and Pittsburgh’s Chief of Police Nate Harper is also said to be a supporter.

“Our law enforcement has come a long way in their understanding of the model,” he said.

The City plans to be working very closely with One Vision One Life, an initiative of the Allegheny County office of Human Services. Mr. Gilmer himself, as well having a background as a corporate attorney, has worked extensively with Homewood-Brushton ministries and MAD DADS in Wilkinsburg, as well as “lots of churches big and small”.

“I’m not dealing with the policing side,” Gilmer clarified. “My role is to coordinate all the resources.”

Gilmer made note that the PIRC would not have any direct affect on homicides related to things like domestic violence or mental illness, but focus in tightly on “group-affiliated homicides”.

In Pittsburgh he said, “we get jaded by our relative tranquility” — much of the city being “relatively tame” — but we do have pockets of group-affiliated violence that are “as bad as any in the country.” Northview was one neighborhood that immediately sprung into his mind.

Gilmer stressed once again that the PIRC strategy is one that emphasizes that “homicides are wrong,” and so long as those are avoided, “we will not go after your group.” If an individual commits a group-affiliated homicide, he or she and everyone they affiliate with is going down.

The other side of that message is, “we need the good guys back on the street.”

9 thoughts on “Coordinator: PIRC to Hit Streets in 1st Half of Year”