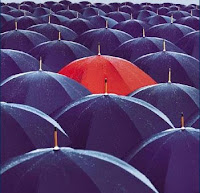 We’re down to what appear to be the Final Four candidates in the special election on Feb. 3rd. Let us review:

Chris Metz: Republican nominee. No website it seems, so here is an article. I’ve got no truck whatsoever with Republicans running for city offices, but at age 24, with no website and the election right around the corner, we may as well move on for the moment.

Brendan Schubert: Real-life Democrat now running on the Brendan Schubert for Council ticket. He is a zoning administrative officer in Mayor Luke Ravenstahl’s Department of City Planning who was hired under Pat Ford, so there’s that. At age 25, he was rumored at one time to have been Ravenstahl’s personal choice for the seat, though that implication fell away well before the endorsement.

His Facebook politician page describes his political views as “moderate” and says his interests are “Moving Pittsburgh City Council District 2 status forward and bringing people together.”

Theresa Smith: Democratic nominee, endorsed by the Committee, so there’s that. She had a prominent role on outgoing incumbent Dan Deasy’s election campaigns. Her website has no Issues material per se, but the homepage says she intends “to develop programs to unite communities, maintain a strong police presence and reduce neighborhood blight.”

Smith’s bio shows her to be the president of two community councils and to be a coordinator or committee member for many others, including Weed & Seed and Moms & Cops. She also created the South West Enhancing Environment Program (SWEEP) and the South West Eco-Evolution Team (SWEET).

Georgia Blotzer: Real-life Democrat now running as an Independent. A special ed teacher and activist in the special ed movement, a member of the Mt. Washington Community Development Corporation, and a Democratic committee person, her website has an Issues section that fleshes out her thoughts on Safe Streets, Viable Housing, Responsible Development and Campaign Finance Reform.

Blotzer links to a letter she had published recently in the Post-Gazette:

As a taxpayer and a candidate for Pittsburgh City Council, District 2, I am very concerned about the way business is done in our city, as explained by Rich Lord in his Dec. 7 article (“Political Contributors Both Give and Receive”).

Mr. Lord explained that dozens of businesses that make large contributions to campaigns of city politicians receive large contracts in return. The most troublesome example was the $10.5 million aid package for the Bakery Square Project awarded to developer Walnut Capital Management, whose executives gave $69,606 to city political campaigns between 2005 and 2007. That is an excellent return on a modest investment. But what is the real cost of allowing a small number of well-off individuals and corporations to, in some cases, fully fund candidates for public office?

Barry Kauffman, director of Common Cause Pennsylvania, states that this practice undermines public confidence. I believe also that large financial contributions to local races create the perception that influence can be bought and favors will be granted to the highest bidder.

As a candidate for City Council, I will work to eliminate this perception by adopting the limits imposed on candidates seeking federal offices, specifically the $2,300 cap on individual contributions and a $5,000 cap on political action committee contributions.

Did she just kick off her campaign by calling out Walnut Capital? Looks like we have a favorite.