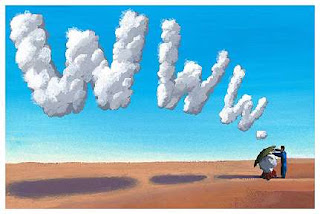 State budget: all you have to do is decide on a number. Pensions: it’s considerably more complex. You’re going to jerk it up entirely if it’s done fast and not right.

“Absolutely,” Nutter said when asked whether he would like the House, if approved by the Senate, to take up the bill and make no changes.

“I would certainly hope the House would not make any changes primarily because of timing issues,” Nutter said. (Trib, Brad Bumstead)

However, this is all new to Pittsburgh — and no doubt to some of the rest of the municipalities as well. How many have seen the real numbers?

(Yes, I know, I know. We’ve all made bad choices for too long. It’s embarrassing. Pittsburgh should have fixed this in the 1990’s. We all could have fixed this sometime this millennium. We in particular might have worked on this more over the past three years. So thank you for taking this on, state government leaders who never get enough credit, and thank you Philly for your involvement, but seriously — you need to slow down and incorporate some feedback — not all feedback, but SURELY SOME OF IT — from the actual Pennsylvania cities that are going to be most significantly affected. Because it will affect plenty of them BADLY WHEN THE BILL COMES DUE, and quite by surprise, and you will have another gnarly outrage on your hands, with nothing to defend you except…)

Ha ha ha, sorry no. Lay down the sack with the dollar bill on it.

No, Mayor Nutter, we are going to pass a good bill instead, a strong and sustainable pensions strategy — now that we’re all caught up on where you and key state leaders have been at.

From what I understand, H.B. 1828 passed the Senate and is holed up in the House “Rules Committee”. Very good. How about a month or two? Time to craft some friendly amendments, that are up to speed, and save this initiative from being a total albatross for wide swaths of Pennsylvania. Let’s get it done right, and get it done in 2009 — but not at full ramming speed.

5 thoughts on “Harrisburg: You’ve Got To Slow Down, Man.”