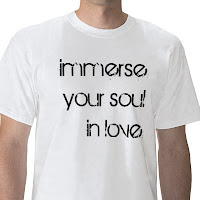 City Council’s efforts to regulate campaign contributions are shaping up to be a ghastly twisted shipwreck, which may not get sorted out for months.

“I will support a plan for campaign finance reform, because I do think we need one, but I don’t want it to begin and end with the city of Pittsburgh,” said city Councilwoman Theresa Smith, a potential swing vote on any amendments. City-level campaign limits are just “a Band-Aid on the situation.” (P-G, Rich Lord)

If reform begins in the City of Pittsburgh, why should it end there? One government at a time, guys!

If Theresa Smith, for example, were to vote differently on this issue than did her predecessor, Dan Deasy, then campaign finance reform would become a veto-proof, signed sealed and delivered historic reality.

However, Smith and others describe City-wide reform as a “Band-Aid” — whereas County-wide reform is somehow completely beneficial and desirable. Meanwhile, the county, we will be told, is not amenable to sensible caps on political donations. So our only recourse will be a watered down bill that accomplishes little towards the purposes of reform — and not until much further down the road.

Why should we be forever burdened with the influences and the suspicions surrounding such huge gobs of money, distributed in so pedestrian a fashion?

City officials shouldn’t worry so much about taking on some kind of “disadvantage” compared to county officials. They should be proud to do so!

This is about reestablishing some trust and some proportion between city residents and city leadership. It is about eliminating a lot of needless waste and many real, unhealthy pressures. Please reconsider.

Meanwhile, the state has sold our State Office Building for $4.6 million, to River Vue Associates / Millcraft Industries, who plan to turn it into appartments or a hotel or maybe a giant lazer tag arena.

State Auditor General Jack Wagner has questioned the savings. He has argued that the state may end up losing money by having to lease space elsewhere Downtown. He urged the state to ditch the idea of a sale until the economy improved, describing a $4.5 million price as a fire sale. (P-G, Mark Belko)

Can anyone really vouch for this argument, i.e. does anyone know what he’s talking about? This sure sounds like a tasty issue, but it all sounds so surprisingly legit and above-board right now.