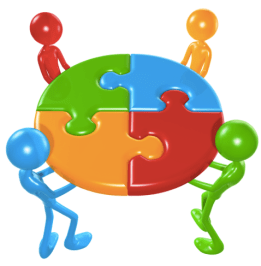 More worrisome still, I would wager, if those students perceive that the adults around them either don’t have it together or care much about them.

“If you’re going to do this, do it right,” [a Pittsburgh district mother] said before the vote. “Transition these children through this change with open eyes and a clear vision for their future. We need to leave them something more than abandoned homes and more empty schools than open.” (P-G, Clarece Polk)

Exactly. No room for disorganization or falling through the cracks.

Now, bear with me…

I’ve been reading “Don’t Shoot,” the book Police Chief McLay says best describes his “model” for “focused deterrence”. I still have 3 chapters to go, but one recurring theme so far is the author’s building excitement over how the framework used to persuade traumatized communities to participate in systems of order again is turning out to be portable. Not only has it worked from city to city and town to town, but also from at least one bad behavior (gun homicides) to another bad behavior (“open-air” drug dealing).

Sustained shock and awe. Show this small, select group of troubled children at this one badly stressed location how the whole educational establishment now considers them, and only them, to be the highest priority students on this side of Pennsylvania — and how the whole system is snapping to attention to either give them what they need, or send them where they need to go. And then follow through on it.

The short-term goal of the initiative would not be to transform those particular students into the greatest of scholars. Although that would be great! The goal would be to foster safe and supportive learning and teaching environments for that entire community unlucky enough to find themselves in these poor and newly merged schools.

To raise standards at what had become their lowest point. To give those malfunctional learning communities a new identity. And then, if it works, to move on to the next one.

That sort of vast, urgent and focused interagency approach, and that sort of reset in relationships and morale, is the sort of prism through which I happen to be reading about this unfortunate merger of underperforming schools. What are your thoughts?

MORE:  “Community schools” could be a related concept. In education, the buzz is over “restorative justice”. And at home, Nullspace considers the next logical step. AND MORE: Check out this essay on “childhood adversity” and “changing the behavior of adults.”